Plateau Hospital Shuts Down As 17 Staff Test Positive For Coronavirus


A medical centre in Plateau state has been forced to shut down after 17 workers tested positive for COVID-19. 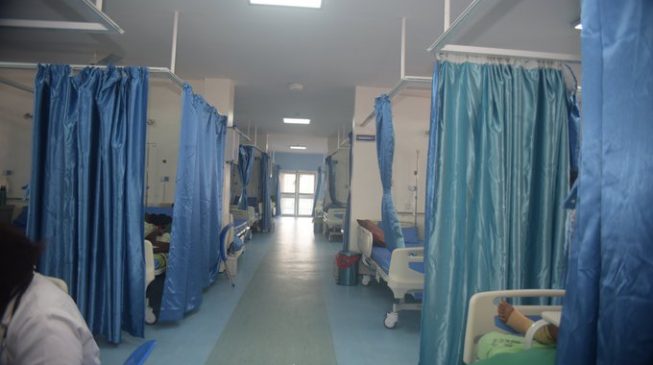 Hospital
Plateau state government has shut down a private hospital after 17 staff tested positive for COVID-19.
The order for the hospital to be shut was given yesterday.
The hospital which is known as Rayfield Medical center is located in Rayfield, Jos South Local Government Area of the state.
The commissioner for health, Dr Nimkong Lar, who made the disclosure in Jos told journalists that two patients who were being managed in the hospital had developed COVID-19 virus.
“Screening of primary and secondary contacts revealed that 17 staff of the hospital have tested positive for the virus and are also being attended to by the state ministry of health officials.
“Unfortunately, we lost one of them.” The commissioner however said as of of Wednesday, 29 health workers have tested positive to the virus in the state.
The commissioner further called on residents of the state not to panic as government is on top of the situation, calling on all and sundry to obey government directives against the disease.
Top Stories