Seyitan Is Supposed To Meet With Police PRO Over Her Rape Case Against D'banj, But She's Nowhere To Be Found - Communication Strategist, Chioma Agwuegbo Raises Alarm


It's been speculated that Seyitan Babatayo did not return home back to her family after she was released from Police custody. 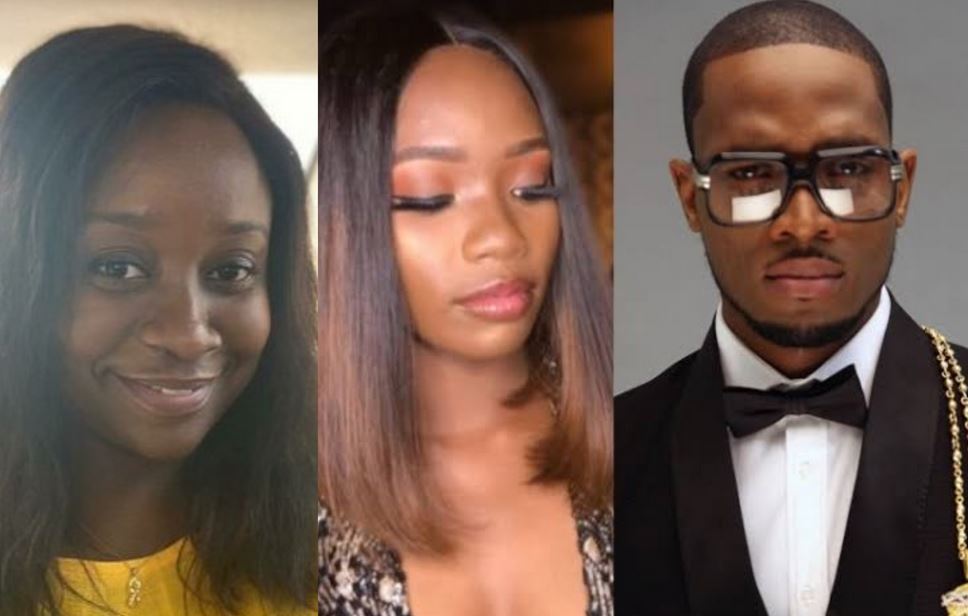 Communication Strategist Chioma Agwuegbo has raised an alarm of Seyitan Babatayo missing in spite of a scheduled meeting with Nigerian Police PRO this morning.

Agwuegbo who stated that there is strong reason to believe Seyitan didn't get home last night, added that she is not answering calls or in contact with her lawyer or family.

She insisted that the police will be held responsible if anything happens to the alleged rape victim who according to her, is being pressured to recant her testimony.

"So Miss Seyitan Eunice Babatayo who was supposed to meet with @PoliceNG  PPRO this morning is nowhere to be found. She's not answering calls or in contact with her lawyer or family. There is strong reason to believe she didn't get home last night.

It is unconscionable that women in Nigeria cannot speak up about sexual violence done to them without fear of more violence. What is this pressure on Seyitan to recant if Dbanj is not guilty? Didn't they already ask for 100m in damages? Why not allow the law take its course?

We have it on good authority that she is being pressured and induced to recant her testimony. Dear @PoliceNG , you're already culpable for being a willing tool to harass and intimidate a citizen who accused Dbanj of rape. We will hold you accountable if anything happens to her". 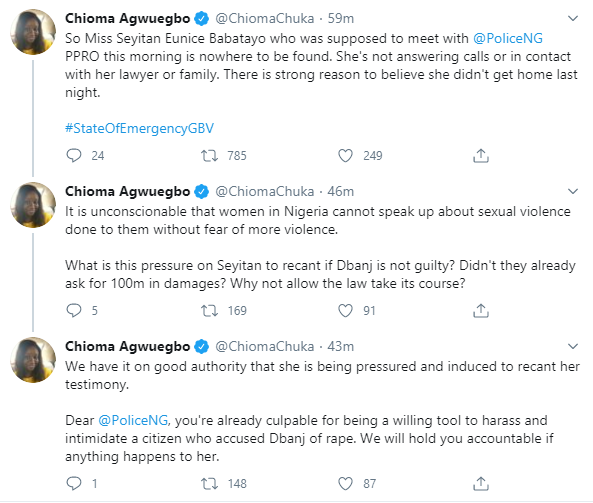