In a statement by its State Secretary, Prince Muiz Dosumu, the PDP stated that the Woman Leader died after a brief illness. 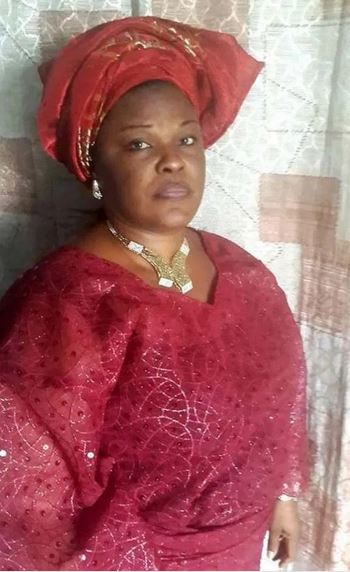 In a statement by its State Secretary, Prince Muiz Dosumu, the PDP stated that the Woman Leader died after a brief illness.

The statement reads: “Every being has its time and season. When the bell tolls, he hearkens. May the Saints light your way through the land of shadow, to the hearts of eternal peace, our indefatigable woman leader, Mrs Oluwashola Oladeinbo.

“With heavy heart, and total submission to the will of God, the entire PDP State Executive Committee members, announce the sudden demise of Mrs Oluwashola Oladeinbo, a strong member of the State Working Committee, who slept in the Lord, today Friday 19th June 2020. After a brief illness.

“Mrs Oluwashola Oladeinbo, was a Lagosian of substance from the famous Benson family of Ikorodu, a loyal party chieftain, who served the Party meritoriously all her lifetime, a dedicated PDP disciple without bounds. The PDP family bids you goodnight.”

A PDP official told Vanguard that the late Woman Leader died of cancer.

The source explained that the PDP leader had been battling with cancer since December 2019.

The source said: “She has been sick since December 2019. She was diagnosed of cancer and had been receiving treatment since then. She, however, did not allow any party leader or member to come and see her since the outbreak of the corona virus. She has been on isolation before she finally died.”