Tears Flow As Ibidunni Ighodalo Is Laid To Rest


The late Ibidunni Ighodalo, who sadly passed away recently, has been buried on Saturday afternoon. 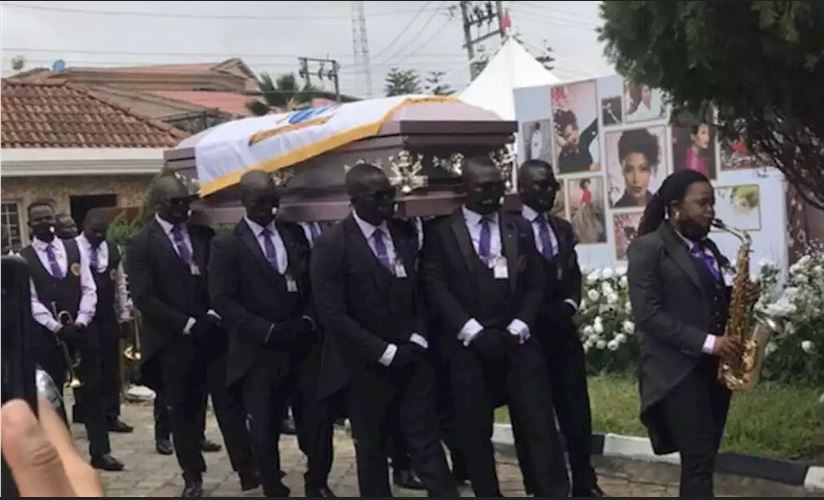 Tears and emotions flowed as Ibidunni, the late wife of Lagos-based preacher and founder of Trinity House, Pastor Ituah Ighodalo, was buried on Saturday afternoon.

The PUNCH had earlier reported that the remains of Ibidunni will be laid to rest today at a private residence.

At the Funeral Service aired live via the church’s social media platforms and monitored by The PUNCH was Governor Rotimi Akeredolu of Ondo State, who represented Governor Godwin Obaseki of Edo State.

Adeboye had earlier said the late businesswoman is in a better place.

“Hearing the news of Ibidunni Ighodalo’s demise was really saddening but I know that she is in a better place right now. I pray that the Almighty himself will comfort the family of Pastor Ituah Ighodalo in Jesus name,” he wrote on Facebook.

Ibidunni died on Sunday of suspected cardiac arrest while in Port Harcourt, the Rivers State capital, where she had gone to work.