The Makogi Police Station is now seen by the locals as a formidable unit that can promptly respond to distress calls and nip many crimes in the bud. 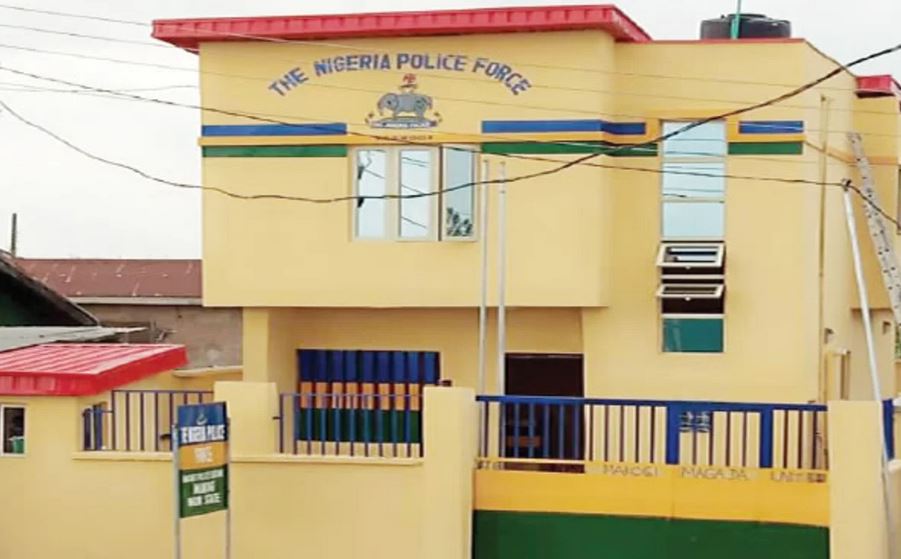 The PUNCH reports that after many years of battling robbery and other crimes, relief has come to residents of Makogi, in the Obafemi Owode Local Government Area of Ogun State, following the establishment of a police station in the neighbourhood.

Inaugurated on June 10, 2020 by the Commissioner of Police in the state, Kenneth Ebrimson, Makogi Police Station is now seen by the locals as a formidable unit that can promptly respond to distress calls and nip many crimes in the bud.

The Chairman, Makogi Area Community Development Committee, Mr Rotimi Afolabi, said challenges posed by the distance between the community and Ibafo Police Station which covers the area birthed the project.

He said a family donated a parcel of land and residents contributed to build the station within 70 days.

Afolabi explained, “Ibafo Police Station is about 17 kilometres to our community. There are many unreported criminal cases because of the distance. Miscreants take the law into their hands.  Sometime ago, there was a serious fight between Yoruba and Hausa there. That was one of the reasons we came together to put up the police station.

“We built it within 70 days through voluntary donations by residents after Ogunseye family gave us the land free of charge. There was a day kidnappers trailed a resident to the community. He was kidnapped in front of his house and whisked away.

“They dropped him off and went away with the vehicle. There was also a time that about 10 houses were burgled in the community every Sunday. Within one week that the station started operating, over 20 incidents have been reported at the station.”

Afolabi stated that since the opening of the police station, corporate organisations had started showing interest in setting up business in the neighbourhood.

“A bank wanted to set up a branch in our community but they were reluctant because there was no police station. After the police station was inaugurated, they wanted to put up an automated teller machine gallery,” he added.

The community’s vice chairman, Alhaji Owolabi Akeem, said the project was conceived five years ago during the peak of insecurity.

Akeem, who also heads the security committee, stated that they had to engage local security guards to respond to security challenges facing the community while the plan to build the station went on.

He said, “The majority of us came from Lagos where we enjoyed basic amenities to some extent. By the time we moved down here, we discovered there was a huge gap between us and the government. We noticed that we needed to put things in place otherwise we would just be waiting for the government indefinitely.

“About eight years ago, we had to engage a vigilance group, Social Orientation and Safety Corps. About 10 security men were guarding the community but when we noticed that the community was expanding, we needed to upgrade. That was when we realised that the best thing for us was to put up a building for police station or police post.

“As soon as we got a piece of land from the Ogunseye family, we didn’t waste time. We started the project and within 70 days, it was ready.”

The vice chairman recalled that there was a robbery in the community some years ago during which a resident was severely injured and his valuables carted away.

“It was God that saved the man’s life. Before now, we spent nothing less than N4m on security every year. With this police station, we are sure such attacks will be curbed,” he noted.

Perhaps, Mrs Uju Yusuf, is the happiest resident to see the police station project actualised. Having being a victim of burglary, she had endured the trauma of losing in one night expensive property she laboured to acquire.

“I am very glad about the establishment of the police station,” she remarked excitedly. Security of this place was a thing of concern to residents for a long time. We have been agitating for five years now on how to build the police station. It will help us to tackle security challenges.

“There was a time I travelled to my hometown. Before I got back, my house was raided. They took away my laptop, jewellery and many other things. I was devastated. With this police station, I believe such crime would be drastically reduced if not totally eradicated,” she stated.

While commending the residents, Ebrimson, said building the police station was in line with the idea of community policing preached by the Inspector-General of Police, Mohammed Adamu.

He said, “What you have done today is that you are adding value to the security architecture of Makogi community and that is why the IG is preaching the gospel of community policing.”

can imagine, it is an Osun person, Diran Odeyemi, that is speaking for them in Ekiti PDP. Does that show preparedness?