Many people have been inundated with reports of the alleged death of Nollywood veteran actor, Hanks Anuku. 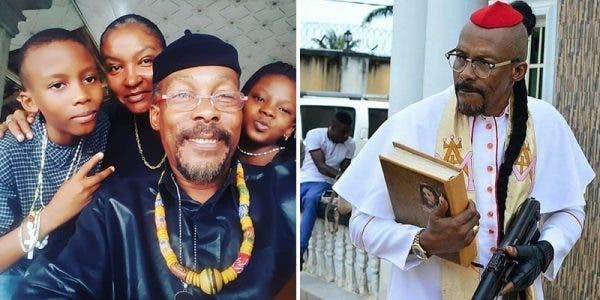 Hanks Anuku
Rumours of the death of Nollywood actor, Hanks Anuku is false.
The actor, 60 debunked the reports on Instagram as he confirmed that he is still alive and advised his fans to disregard the rumour on Monday.
“I am alive do not listen to them, they are poisonous press vipers, and they are not the children of God… God is in charge of my life and not them…,” he said.
He had previously shared a similar video on Facebook on June 6 after it was rumoured that he had died after being sick for some time.
Anuku is a veteran Nollywood actor known for his 'bad boy' roles.
Born in Ibadan on the 27th of August 1960, he completed his primary school education in Ibadan after which he proceeded to Loyola College, Ibadan for his secondary school education. He graduated from Auchi Polytechnic in 1981 with a degree in Mass Communication.
Watch him debunk the reports below:

I am Hank Anuku Nollywood Actor n I'm Alive. My haters r dead n Jesus Christ is my deliverer n he liveth. Poisonous press vipers on prawl but they shall b perplexed n disappointed in Jesus's name Amen. 1love fans.