A lady has left tongues wagging after sharing her 19th birthday photos wearing just her underwear. 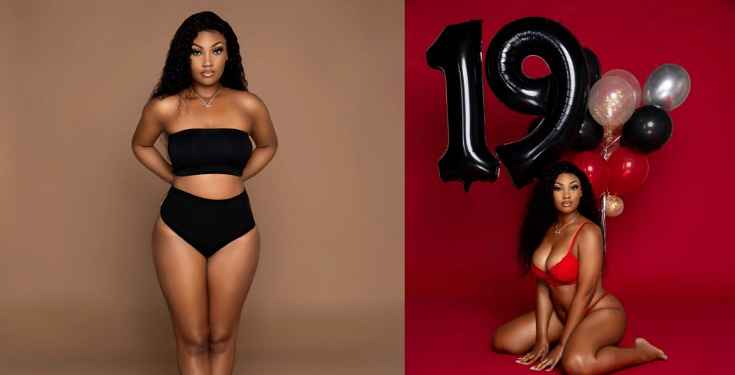 Many people believe she lied about her age
Twitter users have reacted after a woman who claimed to be 19 years recently shared her birthday photos on the platform.
The lady with the handle @haitianbbyy on Twitter shared two photos of herself in just her underwear, while posing with inflatable balloons shaped as the number 19.
However, her followers are not convinced that she's 19.
They expressed disbelief about her age as they said she looks 30.
Well see the photos below and read the reactions that followed: 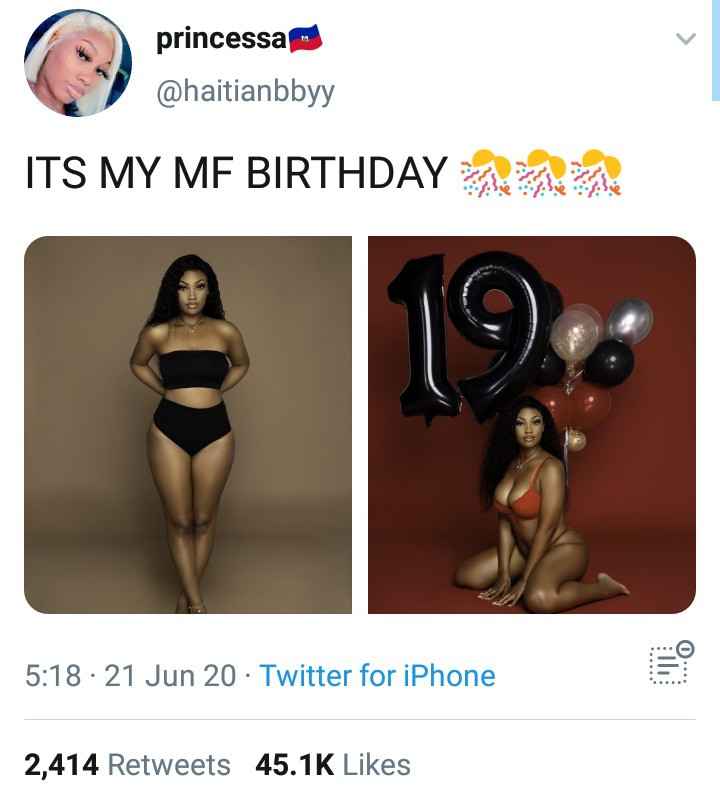 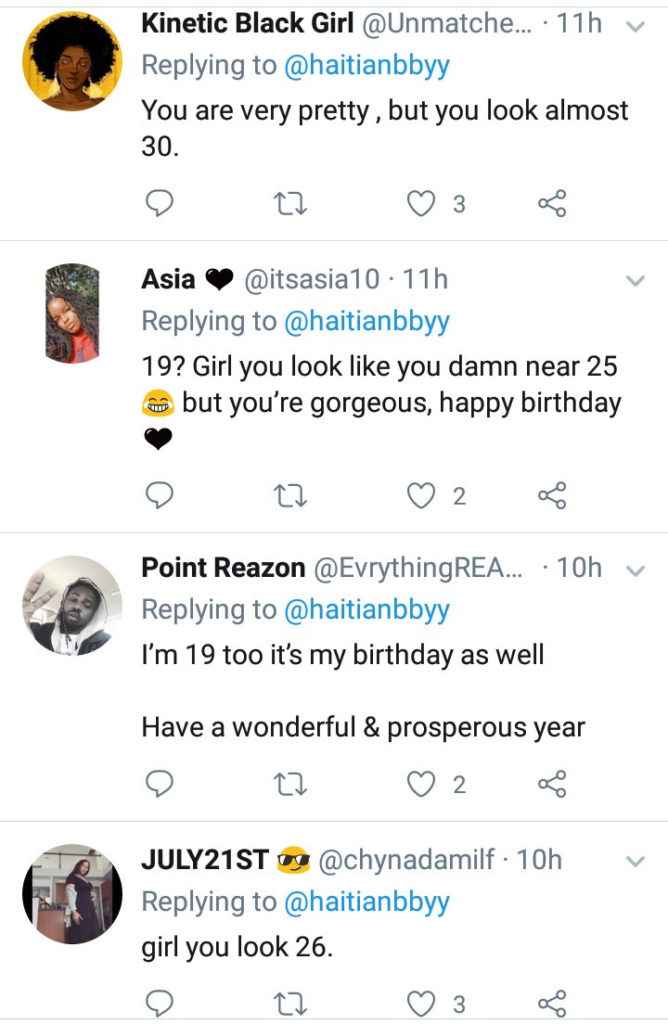 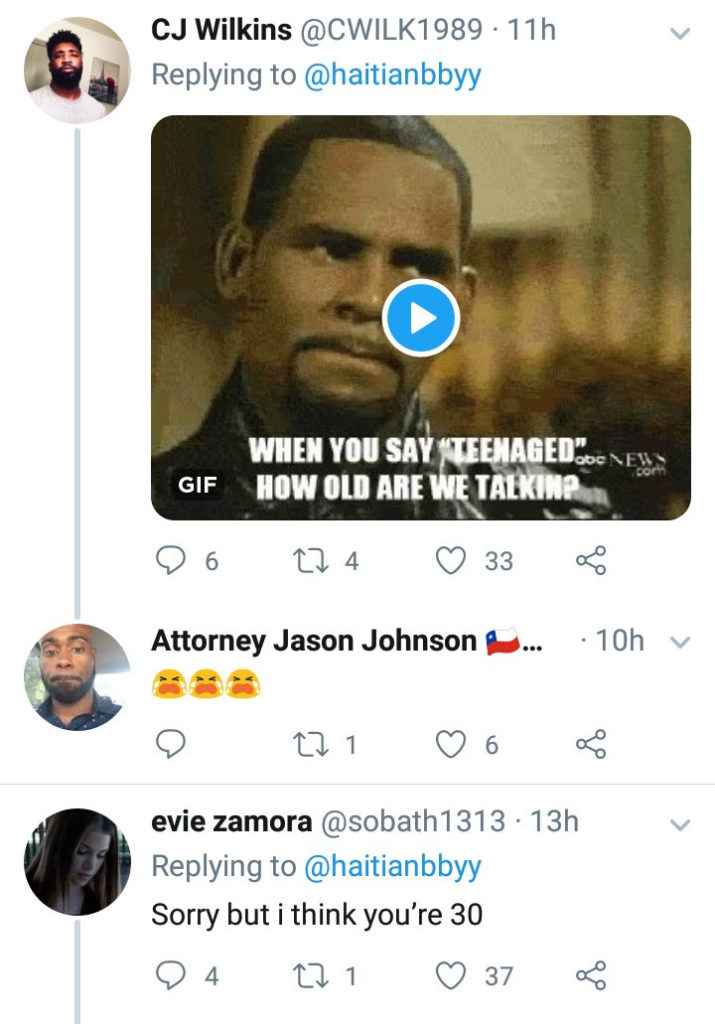 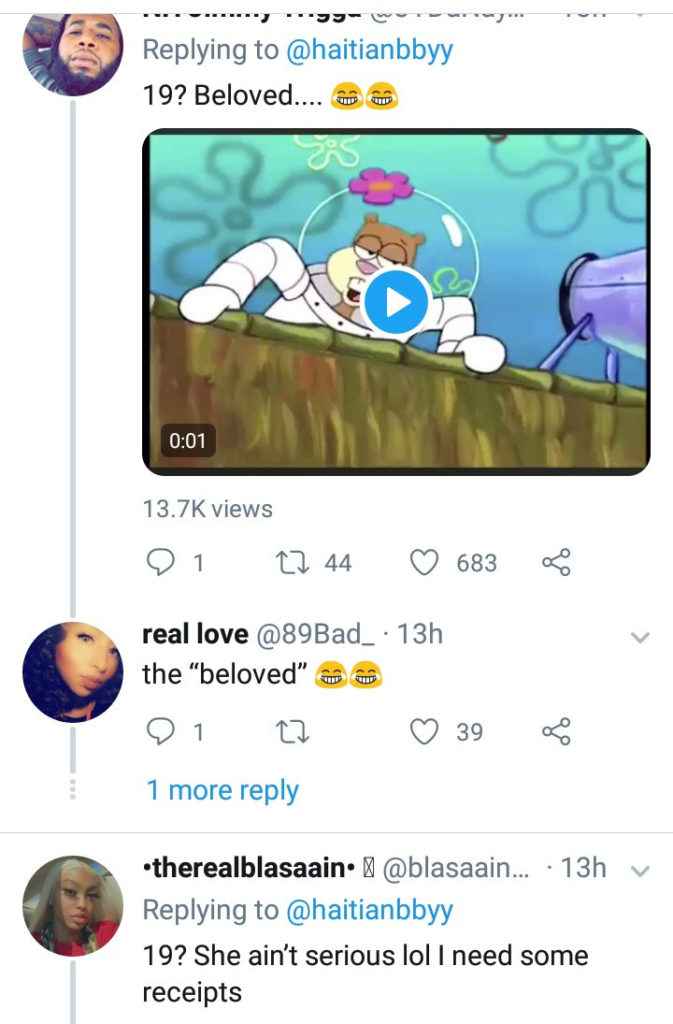