Revealed: How Ex Minister, Turaki, Released N200m Out Of N359m Approved For Townhall Meetings By Jonathan, In 2014


The Economic and Financial Crimes Commission had on May 4 arraigned the former minister alongside his former Special Assistant, Sampson Okpetu, and two firms. 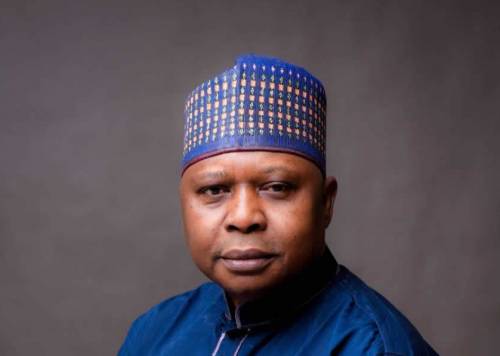 Umar Tahir, aide to former Nigerian President, Goodluck Jonathan, has told the Federal High Court in Abuja how an ex-Minister of Labour, Taminu Turaki, released N200m out of N359m for a series of town hall meetings on security across the country in 2014.

Tahir, who was a Senior Special Assistant on Islamic Affairs, made the allegation before Justice Inyang Ekwo while testifying as the first prosecution witness in Turaki’s trial on money laundering charges involving about N854m.

The Economic and Financial Crimes Commission had on May 4 arraigned the former minister alongside his former Special Assistant, Sampson Okpetu, and two firms; Samtee Essentials Limited and Pasco Investment Limited, on 16 counts of money laundering charges.

The EFCC alleged that the defendants used the companies to launder funds totaling about N845m stolen from the two ministries when the minister held sway under the then administration.

However, Turaki and Okpetu pleaded not guilty to the charges.

Testifying on Tuesday, Tahir disclosed that due to the shortage in the funds released, the programme that was planned to be organised in each of the 19 Northern states and six geo-political zones of the country could only be executed in the North-West zone, South-South zone, Abuja, Kaduna and Kano states, the News Agency of Nigeria reports.

He told the court how he was invited by the former President on June 23, 2014, to discuss the security challenges posed by Boko Haram, fake speeches, amongst others in the country.

The witness, who was led in evidence by EFCC’s counsel, Mohammed Abubakar, said part of the advice he offered Jonathan was to let his office organise “a sensitisation town hall meetings across the 19 states and the six geo-political zones which the Vice President and top members of the government would attend.”

He said he raised a memo on June 30, 2014, in which he enumerated how he planned the programme and indicated the need for funds to be released to organise it.

“But as a Senior Special Assistant to the President, I did not have ministerial accounts.

“So, I was asked to liaise with the Minister of Special Duties so that the money would be sent to him and he would then send it to me.

“The President in his minute on my memo gave his approval through the Vice President and my office.

“Therefore, on July 7, 2014, the approval was conveyed to my office and that of the Vice President,” he narrated.

Tahir said he subsequently held meetings with Turaki after, which he sent a budget of N359m for the programme to the minister on September 2, 2014.

“In January 2015, the President granted the approval that the Minister of Finance should release N359m for the programme,” he said.

The witness however, alleged that out of the N359m approved by the President, only N200m was released to him.

According to him, of the N200m, the sum of N150m was paid to me in three tranches of N50m each in January 2015 via an account he submitted to the minister.

He said he collected the balance of N50m in cash from the ex-minister’s aide.

He said it was when he was invited by the EFCC to shed light into the transactions that he was told that the total sum of N359m was released to the minister.

“I gave EFCC copies of the cheques I issued for the disbursement of the money released to me.

Justice Ekwo then adjourned until September 21 for the cross-examination of the witness.

Earlier in the proceedings, Justice Ekwo ordered the EFCC to produce its investigation reports in respect of the case and the statements of four of its proposed witnesses and have them served on the second defendant.

The judge gave the order following an application by the second defendant’s lawyer, A.K Ajibade, SAN.
Abubakar did not oppose the application.

Dangote Group Clarifies On Reports That Its Cement Sells For N1, 800 In Zambia But N3, 500 In Nigeria
Recent Stories