The incident happened on Monday, June 22, 2020, when the man wanted to collect a phone charger from his friend, who lives in the same neighbourhood. 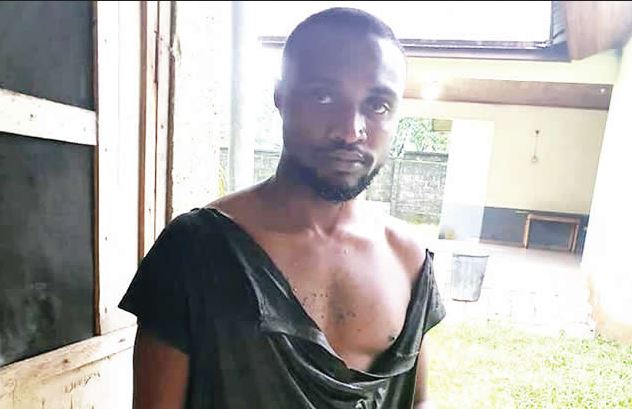 Some naval ratings enforcing the lockdown order on Bonny Island, Rivers State, allegedly tortured an entrepreneur, Justus Jim-Halliday, for attempting to go to a neighbour’s house.

According to PUNCH Metro, it was gathered that the 29-year-old Justus was forced into a gutter and ordered to swim in it.

Not satisfied with that, the naval ratings reportedly ordered Justus to drink the dirty water.

The victim told our correspondent that he was also flogged with horsewhips.

He noted that the incident happened on Monday, June 22, 2020, when he wanted to collect a phone charger from his friend, who lives in the same neighbourhood.

He said, “I came out of my junction on Monday and saw some naval ratings a few metres away and I went back inside to get my face mask and I approached them where they were seated.

“I told them that I wanted to get my phone charger from a friend, whose house was just a few metres away. The rating I was talking to started laughing at me and said that what I wanted to do was not an essential duty.

“I was still waiting when one of the ratings came from behind and told me to hold a pillar that was there; I ignored the instruction because I didn’t know what I did to warrant that; so, I continued talking to the other one and the next thing I knew was that the one behind me used a whip to flog my ear.

“I turned round to ask why he did that when I noticed that he was about to whip me for the second time and I held his hand, but before I knew what was happening, about three of them ganged up and tried to pin me to the ground.

“One of them cocked his gun and threatened to shoot me and I made a sound with my mouth and a high ranking officer asked what I wanted to do and asked that I follow him and ordered me to lie in the stagnant water and use my tongue to lick the water. He later put a pair of handcuffs on my hands while I remained in the gutter.

“The officer left me inside the gutter from around 3pm and left the place after receiving a call, only to return around 6pm, and when he came back, he asked for the name of the cult I belonged to and I told him that I didn’t belong to any cult; he asked his subordinates to check my body and they found no tattoos on me and the commander asked me that if I didn’t belong to any cult, how come they received a call to waste my life and that they were told that I was one of the troublemakers in the area.

“I told him that if the call was from the local government council, then it was because I told them to ensure good governance and the officer looked at me and said I looked responsible; so, he lifted me up from the gutter and asked me to go, but I want justice because I don’t know why I was brutalised and I want to know why someone would call the naval personnel and give them instructions that I should be wasted.”

Reacting to the allegations, the spokesperson for the Nigerian Navy, Bonny Island, Sub-Lieutenant Oluwatosin Omole, claimed that Justus was adamant when he was asked to return home, adding that the ratings whipped him in accordance with the directive of the Rivers State Government.

Omole said, “He flouted the lockdown order and came out without a face mask and when he was asked to go back, he was adamant and insisted that his battery was flat and he needed to go across the street to get his charger; so, he was asked to sit on the floor and when he refused, he was whipped and asked to squat.

“We were directed by the Rivers State governor to punish violators of the lockdown and when Justus proved stubborn, he was whipped and he tried to snatch the whip and used his fingernails to injure one of the ratings enforcing the lockdown and he was punished.

“The ratings didn’t do any of the things he alleged; we don’t encourage our men to operate in that manner or to treat people like that. None of my men will do such to him.”