Whistleblowers Only Get Paid For Recovered Funds And Not For Exposing Suspected Illegitimate Funds- AGF, Abubakar Malami Clarifies


The Office of the Attorney-General of the Federation and Minister of Justice said it is not responsible for effecting whistleblower’s payment. 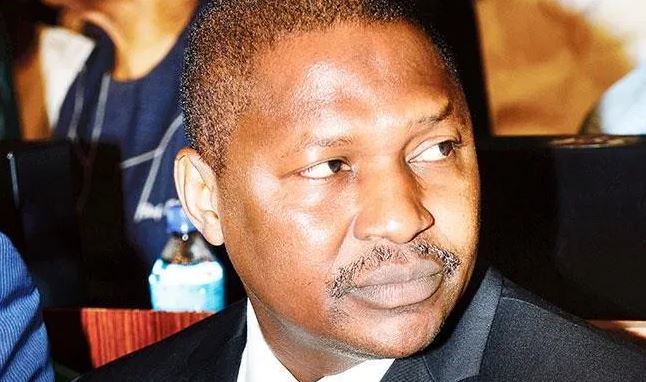 The Attorney-General of the Federation and Minister of Justice, Abubakar Malami, has said that whistleblowers are only paid their commissions for recovered funds and not for just exposing suspected looted funds.

Malami came out to make this clarification while reacting to a letter by one Aliyu Lemu, Esq. purportedly written on June 22 on issues revolving around the payment of a whistleblower’s fees.

Lemu in his letter which went viral over the weekend, claimed his client, John Okupurhe, had exposed $1billion (over N387billion) hidden in a bank by a Federal Government agency to the office of the Attorney General and was told that he will be paid a commission of the money if it is credible.

“Upon establishing that our client’s information qualified under the whistle-blower policy, the Office of the AGF signed a whistle-blower agreement with our client through his appointed counsel – Mamman, Maiyaki & Co.

The information provided by our client eventually led to the exposure of the hidden/concealed funds in Unity Bank Plc to the tune of $1,034,515, 000.''

Lemu in his letter, claimed the Office of the AGF had not honored its part of the deal.

However, in a statement released by his media aide, Dr Umar Gwandu, the AGF stated that Whistleblowers are only paid their Commission when the suspected looted funds have been recovered.

“The Office of the Attorney-General of the Federation and Minister of Justice wants to make it categorically clear that one does not get payment on account of exposing looted assets, but on successful recovery and lodgment of same into the designated assets recovery account at the Central Bank of Nigeria,” he said

According to the Minister, the recovery of such funds is not only about exposing the existence of certain assets in an account purported to have belonged to an agency of the government.

“It is about establishing that the funds in the account are looted assets or illegitimately warehoused and following that up with actual recovery and lodgment of the funds in the designated Asset recovery account through judicial and extra judicial means.

Entitlement to recovery fees is for all intent and purposes contingent on lodgment of the purported/exposed assets constituting the subject of recovery into the Federal Government Recovery designated Account.

This account is maintained at the instance of the President at the Central Bank of Nigeria and the details of the account are contained in the engagement letter.

The agreed remuneration shall become due and payable to the whistle-blower within thirty (30) days of the receipt of the recovered/looted funds by the Federal Government of Nigeria and payment shall be made to the designated/nominated account provided in writing by the whistle-blower.

If the whistleblower in the circumstances of this case feels strongly that there is any claim of wrong doing associated with the alleged claim relating to recovery process, the whistle-blower should consider lodging a complaint with the relevant institutions of his choice for the matter to be properly investigated and or consider a judicial redress in the alternative”.

“A Proposal is submitted to the Office of the Attorney-General of the Federation, a Letter of Engagement is issued to a whistleblower or recovery agent where the disclosure is assessed to have some prospects of success.

The recovery agent or whistleblower is expected to notify in writing the acceptance of the engagement.

The recovery agent or whistleblower is expected, upon acceptance, to not only trace the assets but recover same and have it deposited in a designated asset recovery account maintained by the federal government in the Central Bank which is usually provided to the recovery agent in writing”.