UNILAG Undergraduate Opens Up On Her Date With Nigerian Singer, Rema


In a chat with BBC Pidgin, the young lady said that the meeting has brought her fame. 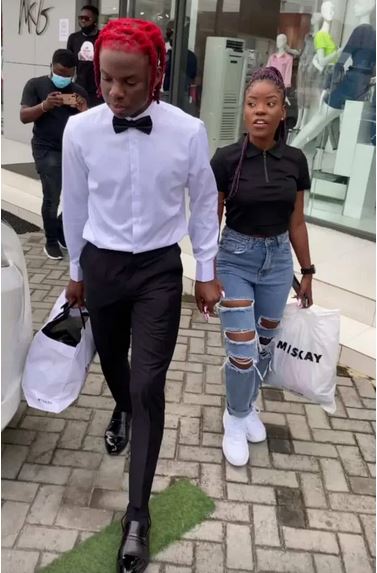 Ifeoluwanimi Ogunjebe, the lucky female fan who went on a date with singer Rema has opened up about their meeting.

In a chat with BBC Pidgin, the young lady said that the meeting has brought her fame.

She added that winning the challenge which gave her an opportunity to meet Rema was because God made it so.

According to the young lady, who is also known as Nimie, her date with the Beamer crooner was soft and cool.

But She noted that the outing exposed her to various attacks from some social media users.

She described the singer as a very romantic person.

Nimie, however, stated that she is not Rema’s girlfriend and they met officially for the first time.

The beautiful dark-skinned lady is a 200 level Physics student at the University of Lagos (UNILAG).

Watch her interview with BBC Pidgin below: