The actress who sparked outrage after she posed nude with her 7-year-old son has been petitioned by Child Rights International. 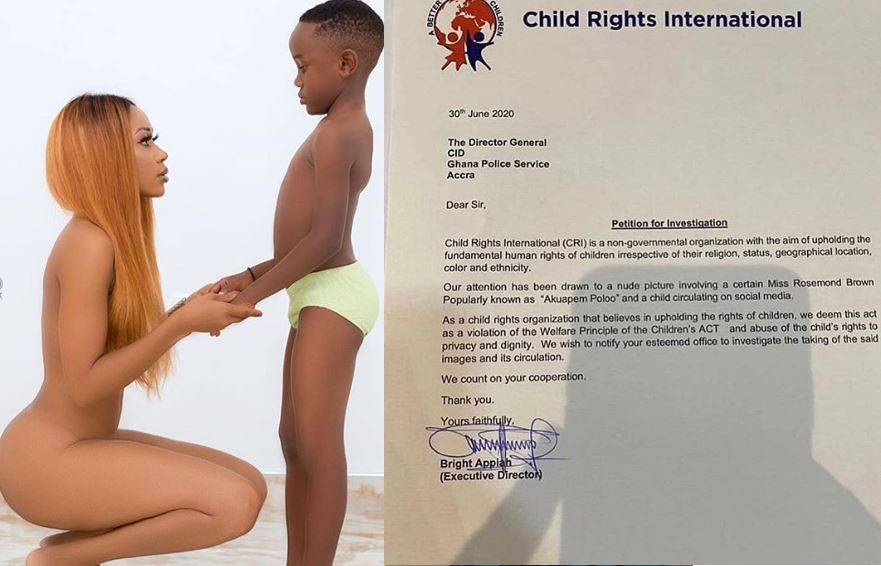 Child Rights International has petitioned the Inspector-General of Police in Ghana to investigate actress Akuapem Poloo over her nude photo with her seven-year-old son, which has since gone viral on social media.

On Tuesday, June 30, the actress went completely nude in a photoshoot with her son to celebrate him on his 7th birthday. She said she decided to go naked in front of her son who was only in his underwear because she gave birth to him naked.

Akuapem Poloo has since apologized after facing social media backlash.

But in a statement by Child Rights International, the non-governmental organisation deemed her act as a 'violation of the welfare principle of the Children’s Act and abuse of the child’s right to privacy and dignity.'

The organisation also asked that the Inspector-General of Police in Ghana investigate the actress over the nude photo with her son.

See a copy of the statement below; 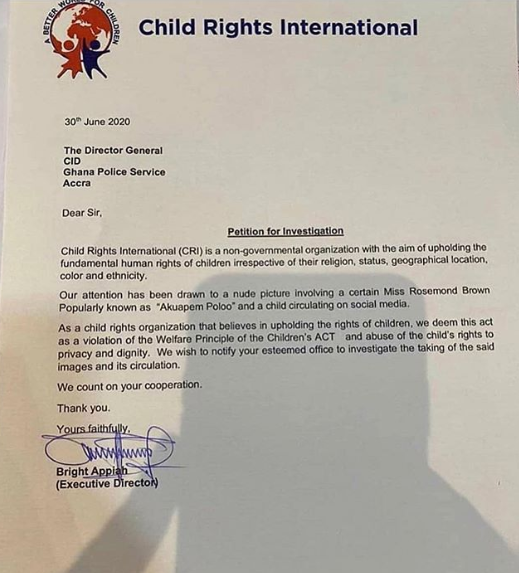