A beautiful wedding photoshoot for a couple went awry when a massive wave swept them off an oceanside rock and into the sea. 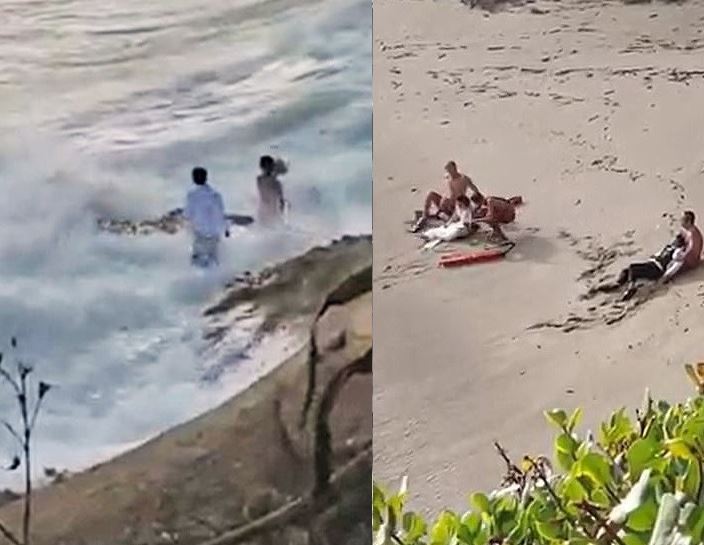 A viral video has surfaced online showing the terrifying moment a newly wedded couple were swept away into the sea by a huge wave while they were posing for their wedding photos.

The incident occurred at Treasure Beach Island in California.

In the viral footage, captured by a witness, the unidentified couple were posing together on coastal rocks before a powerful wave suddenly rushes towards them and drags the couple out to the Pacific Ocean.

The newlyweds were rescued by local lifeguards and emergency rescue teams. They saved the couple using a rescue tube.

FBI Director Christopher Wray thanks Dubai police for the arrest and extradition of Hushpuppi and his alleged accomplice, Mr Woodberry. The Dubai Police shared this update on their official IG page today...