Enugu Farmers Living In Fear As Herdsmen Take Over Their Farmlands


Farmers in Enugu state have cried out for help after herdsmen invaded their farmlands destroying valuables. 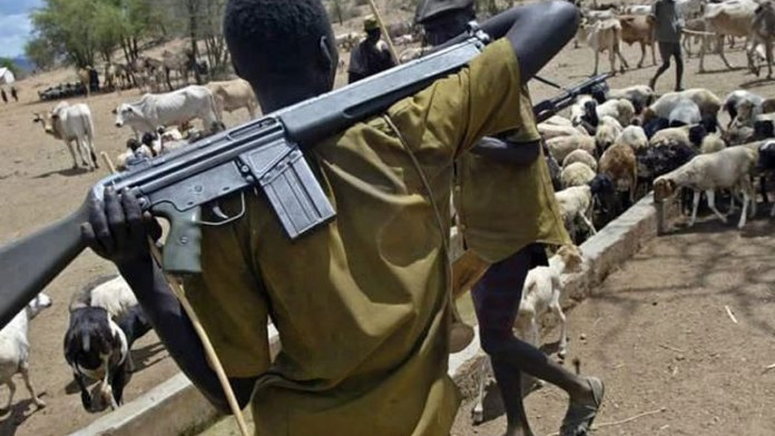 Herdsmen
Farmers in Ugbene Ajima community, Uzo-Uwani council area of Enugu State are living in a state of fear as herdsmen from the north have taken over their lands destroying their crops.
According to Vanguard, a farmer from the Enugu community who gave his name as Edward Ugwu, said he lost over N500, 000 when herdsmen harvested his cassava to feed their cattle.
According to Ugwu, farmers are afraid to go to their farms in the community for fear of herders attack. He said there is the fear of famine in the community as most farmers have left their farms for fear of attacks.
Another farmer, Regina Iggah said she has not recovered from the shock since she was attacked on her farm. Iggah said her crops worth over N800, 000 were destroyed by herdsmen who allegedly invaded her farm with their cattle even as she appealed to the state and local governments to come to her rescue.
The traditional ruler of the community, Igwe Romanus Eze confirmed that he had been receiving a series of complaints from farmers over the destruction of their crops by herdsmen.
He said he and the council chairman, Chukwudi Nnadozie have been obeying the peace initiative of the state government to settle all farmers/herders issues amicably.
“The herdsmen problem is like a sucking mosquito on a man’s scrotum. If you hit it hard, you will severe the genitals. If you leave it there, it would suck your blood and invariably give you malaria.
“We have been advised by the governor to manage them peacefully. We normally engage the herdsmen in a peace talk and where they are culpable; we mandate them to pay for damages on people’s farms. Our forest guards and vigilante groups have been playing their roles to curtail these clashes”, the monarch said.
Strangely, some farmers equally alleged that certain persons collect money from the herders to allow them access into the community, an action that emboldens the herdsmen.
Top Stories