A commissioner in Ondo state who died as a result of coronavirus complications has been buried. 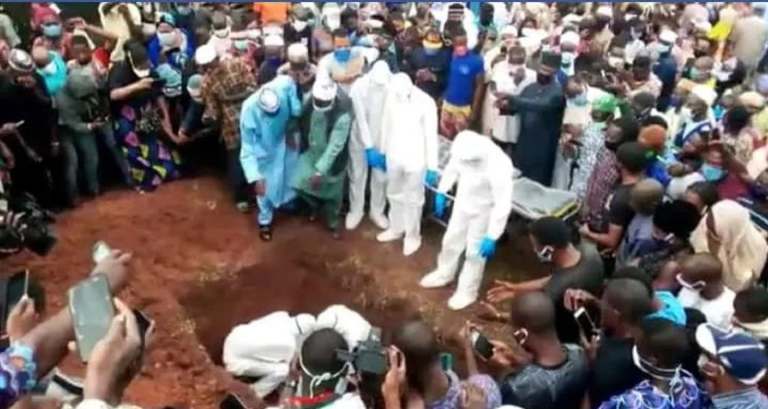 Ondo state commissioner buried (Photo: Vanguard)
The late Ondo Health Commissioner Dr Wahab Adegbenro has been buried.
He was buried today in Ilara- Mokin according to Muslim rites.
Sympathisers trooped to his family house where he was buried. Families and friends wailed uncontrollably as his remains were committed to mother Earth even as people did not obey social distancing order. Details later
While most sympathisers wore their face mask, the crowd at the venue were not controlled.
Adegbenro died at the Federal Medical Center,  Owo, on Thursday morning after testing positive to COVID -19
Watch video below:
Top Stories