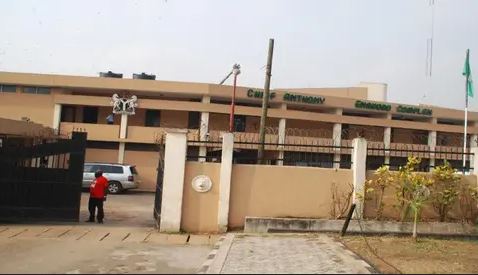 The workers at the Edo State House of Assembly were on Tuesday told to go for compulsory COVID-19 test to ascertain their statuses, The PUNCH reports.

This was after the House Leader, Mr Roland Asoro, reportedly tested positive for COVID-19.

The Speaker of the House, Mr Frank Okiye, recently recovered from coronavirus infection.

The entrance gate to the complex was shut on Tuesday, while only a few staff members, who stood outside, were seen discussing the order for compulsory test for the virus.

The speaker, who put in a brief appearance, stayed in his official vehicle and refused to enter his office.

A worker, who spoke on condition of anonymity, said the report that the Majority Leader had tested positive and taken to an isolation centre scared many of his colleagues.

Apart from the compulsory test, he disclosed that the authorities intended to fumigate the premises before it would be opened for normal activities.

He said, “Many people refused to show up today (Tuesday) for work.”

The Speaker did not returned several calls, but a source disclosed that he vowed not to resume work until proper fumigation was carried out and all the workers were certified free of the virus.