A Nigerian woman has left family and friends worried after posting suicidal posts on Facebook. 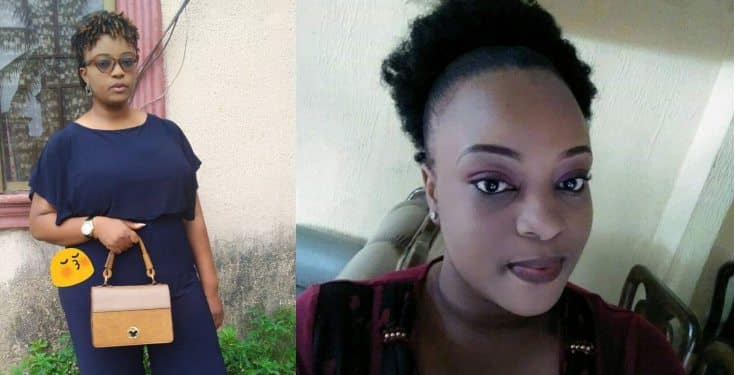 Ifeoma Blossom Obiora
A Nigerian married woman has left friends worried after sharing suicidal notes on Facebbok.
The woman identified as Ifeoma Blossom Obiora complained that people do not listen to her when she shares her worries.
‘Nobody listened. Nobody cared. 😭.’ She wrote. 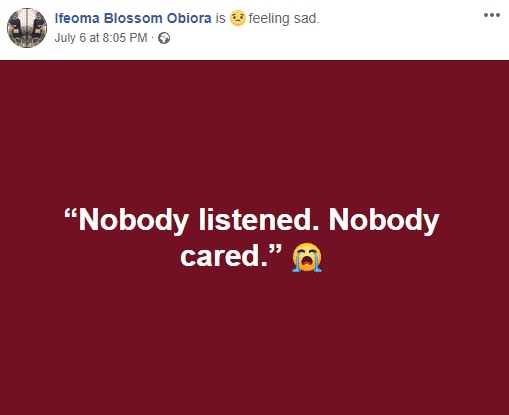 In another post, Ifeoma wrote;
“In these moments before my departure, I feel more clarity than I have ever felt in my dull life. In one minute, I will be free from the voices, from the pain, and from you.”
A women-based non-profit organization, WomenAids Collective WACOL, who reached out to her, claim Ifeoma was married off at 15 and has been subjected to emotional and physical abuse from her husband, Onyebuchi Obiora, for many years.
The group hopes to go there today July 8, to rescue her. 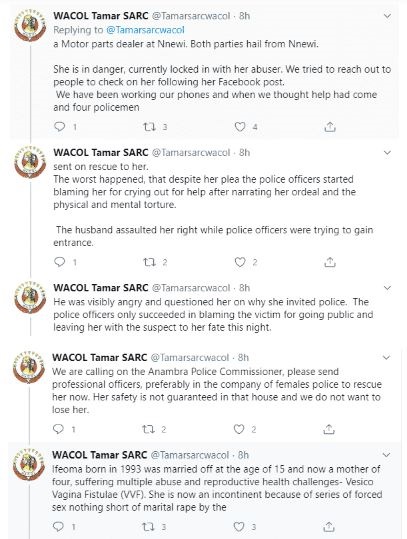