A teenage footballer has been left with a scar after being hit by lightning while training. 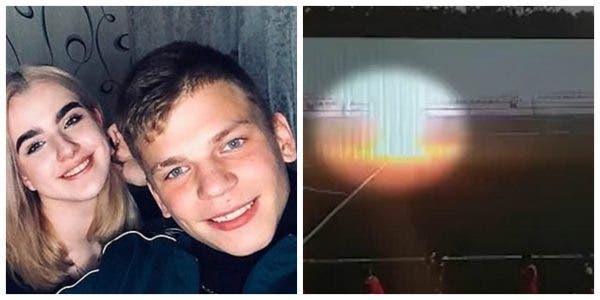 footballer struck by lightning while training
A 16-year-old Russian footballer Ivan Zaborsky has been struck by lightning during a football training session.
The terrifying encounter was caught on tape.
The teenage goalkeeper, who was training separately from his teammates, was wearing a metal chain around his neck which was struck by the lightning.
It is claimed the sky was clear when the lightning struck at the FC Znamya Truda weekend practice session.
Amazingly, the video appears to show him kick the ball from the edge of the penalty area even after he is struck.
He collapses to the ground and his coaches and teammates rush towards him.
His trainer Anton Basov performed a heart massage and mouth-to-mouth resuscitation. 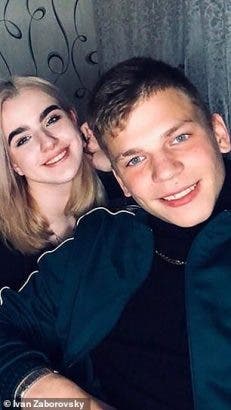 The unconscious goalie was rushed to a local hospital and then transferred by helicopter to a clinic in Moscow.
His girlfriend Yelena told Podyem media:
‘He is in stable condition. He regained consciousness but due to a strong painful shock he had to be put back into a coma. His parents are at his bedside. He has a scar around his neck where the lightning hit his chain, and that his lung was damaged. He needs time to stabilise.’
Zaborsky’s sister Karina Zaborovskaya said:
‘He woke several times, but doctors were scared to take a risk, and he was put back to coma. Doctors say that he was born under a lucky star. I still can’t comprehend it all. I cannot understand how it could happen.
‘There were no clouds above the stadium before and during the training session, nothing signalled trouble.’
She praised the coaching staff who ‘saved his life’ with their prompt action.
Watch video below:
Top Stories