The federal government has been accused of abandoning his promise to rescue 112 kidnapped Chibok girls. 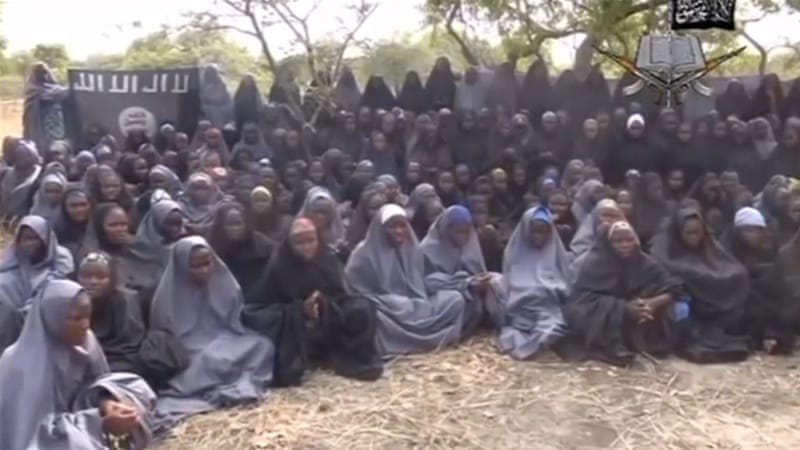 Kidnapped Chibok girls
Members of Chibok community under the umbrella of Kibaku Area Development Association have called out President Muhammadu Buhari, accusing him of abandoning and forgetting its project on the rescue of the remaining 112 abducted Chibok girls since the return of the rescued 82 girls on May 7, 2017.
In a statement sign by its Director Media and Publicity, Dr. Manasseh Allen, the association decried attacks on its communities in Borno, stating that there may be plan to annihilate the Chibok people and the silence of the federal government is worrisome on such occasion.
According to KADA, since the night of the abduction of the Chibok schoolgirls on April 14, 2014, which is exactly 2,276 days, the remaining 112 girls are yet to be recovered and there was no sign of doing so by the government of the day.
“Neither the families nor the Kibaku community had been briefed and informed by the Federal Government on rescue efforts or the whereabouts of our daughters since the last batch of 82 returned on 7 May 2017, except for the messages by President Muhammadu Buhari, released every 13th of April on the eve of the 14 April commemoration. These messages are basically the same copy and paste with minor alterations year in and year out,”
the statement said.
Speaking on the rescued Chibok girls, KADA said, the girls who were enrolled at the American University of Nigeria (AUN) Yola, were equally abandoned and forgotten as there was no progress in their education.
“Ten of them have out of frustration left the programme. They are: Laraba Mamman, Mwa Daniel, Rachael Nkeki (who are now married), Saraya Yanga, Philomena Dauda, Sarah Nkeki, Asabe Lawan, Glory Mainta, Talatu Adamu, and Lydia Habila,”
the statement added.
“In school, they were isolated and not allowed to mingle, interact, and socialise with other students. The Federal Government has also frustrated any help that came the way of these daughters of ours.
“While many schools abroad, voluntary organisations and others offered to provide the girls with scholarships the same was said to have been hindered and frustrated by the Federal Government.
“In August 2018, Maryam Wavi, Asabe Goni, Amina Ali Nkeki, Saratu Emmunuel, Rebecca Ishaku were literally blocked at the airport by the police and State Security Service (SSS) who handed them along with their parents to the Nigerian Immigration Services with order to detain until they missed their flight.
“They were on full scholarships to study in the United States, with the full consent of their parents and proper documentation but after they missed their flight, the immigration services let them go back home.”
The statement said.
The statement added that, even the school, where these girls were abducted is now a shadow of its self since the attack on April 14, 2014.
The Nigerian Army Engineering Corps, which began work on it, abandoned the project and it remained uncompleted to this day. The school now operates purely as an afternoon day school, in a nearby primary school when the primary school pupils close in the afternoon.
Top Stories