A 13-year-old hawker has shocked a writer after asking him if he stays alone so she can come over and sleep with him as appreciation. 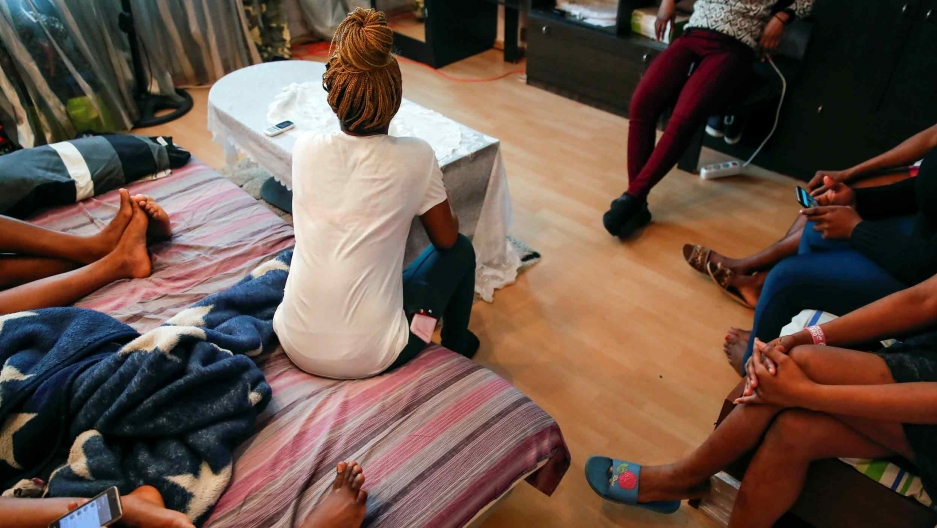 File photo
Nigerian writer, Jude Idada has shared a rather troubling story about a 13-year-old hawker who offered him her body in appreciation after he bought some goods from her.
Idada shared the sad story on Facebook, narrating how he saw the rain-soaked girl hawking near a retail store.
She had been under the rain for hours and was trembling from the cold but was afraid of going home with the goods because her madam would beat her for not selling it in the rain.
The young girl who sampled her peppered meat and snail in a transparent container approached him and begged him to patronize her.
At first, Jude refused to buy from her because he doesn’t eat such, but she insisted, so he had no other choice. He paid for 10 pieces and asked her to satisfy herself with it.
After paying for the meat, she asked him if he stays alone so she can come over and sleep with him as appreciation.
Read Jude’s post below: 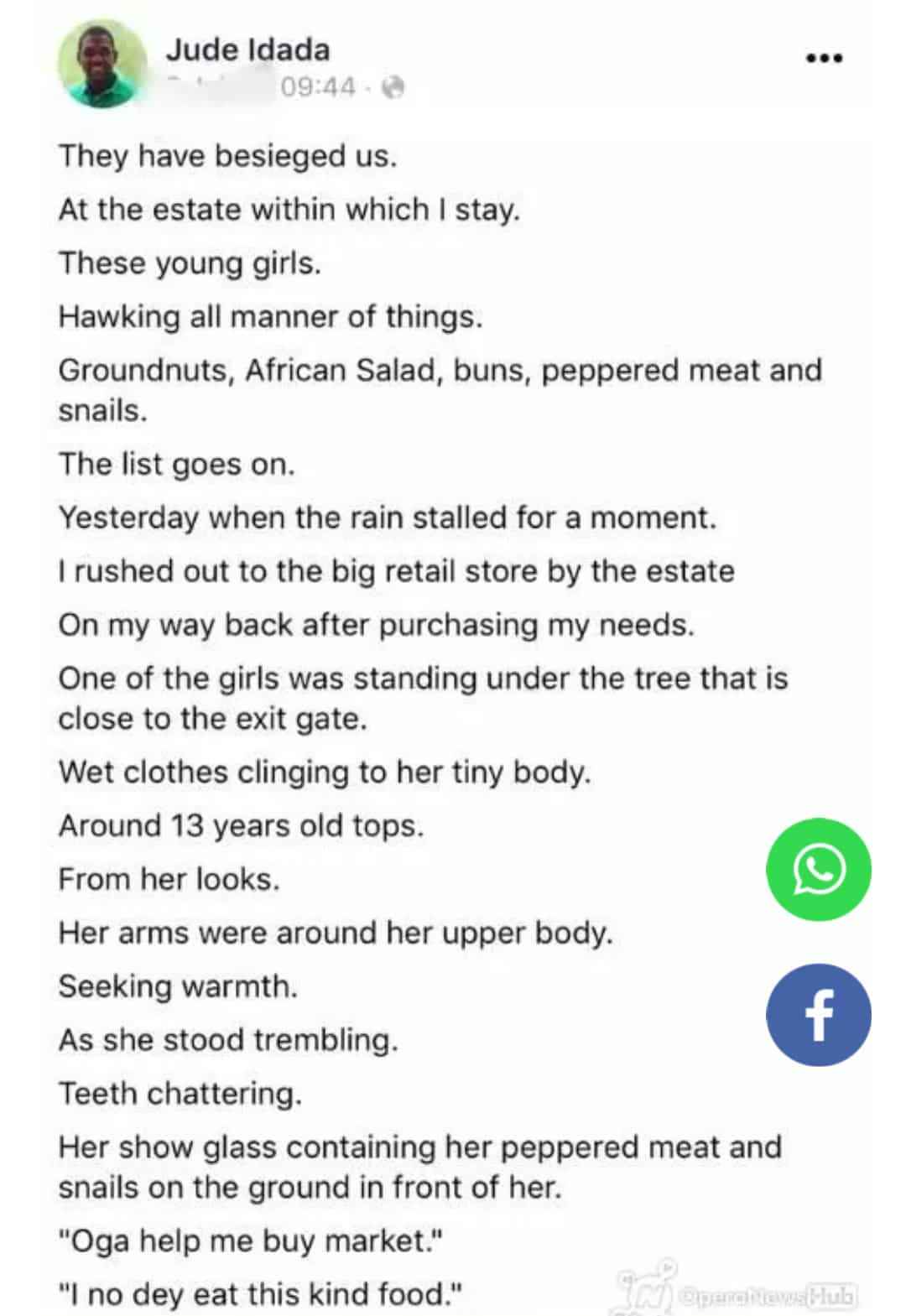 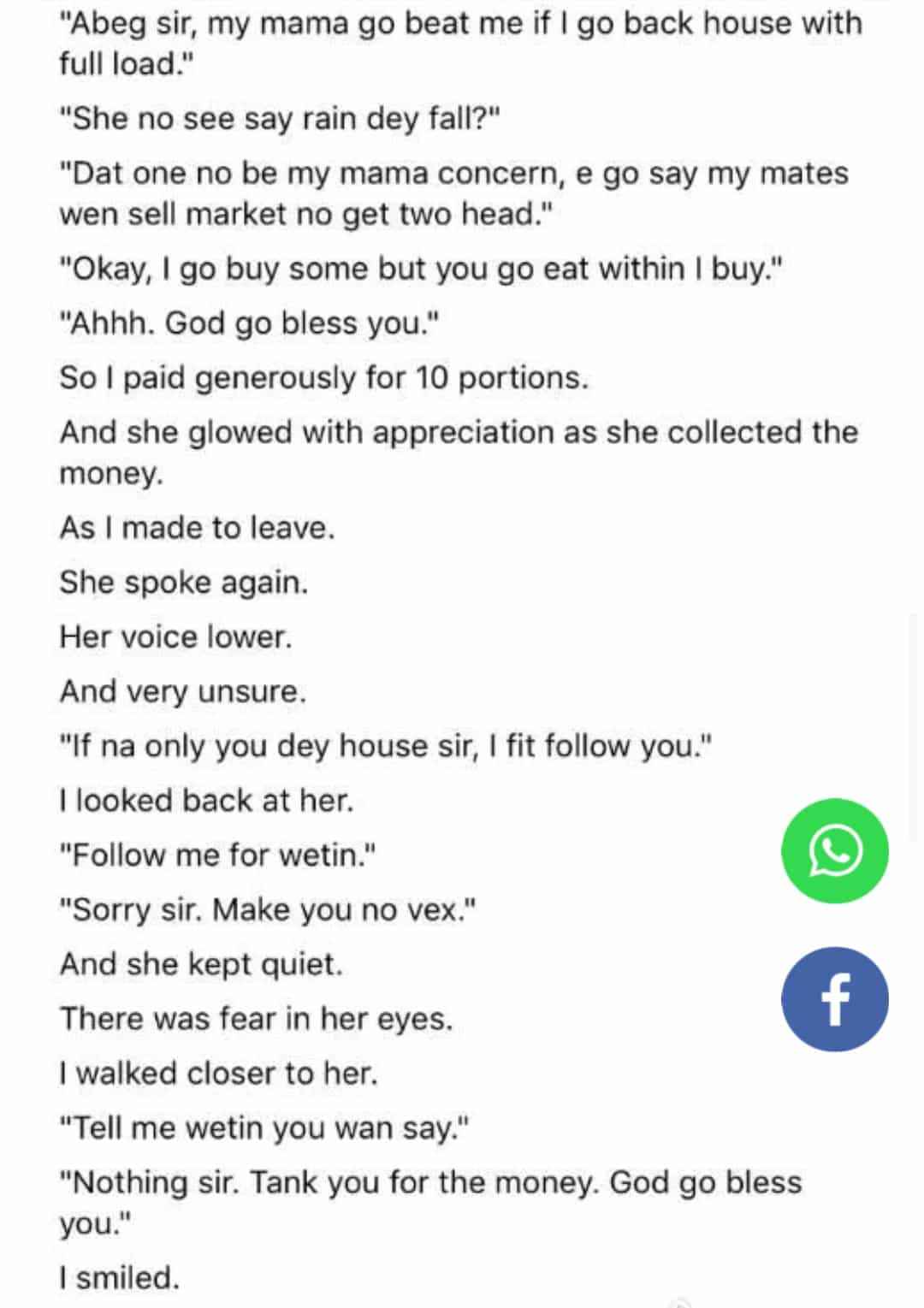 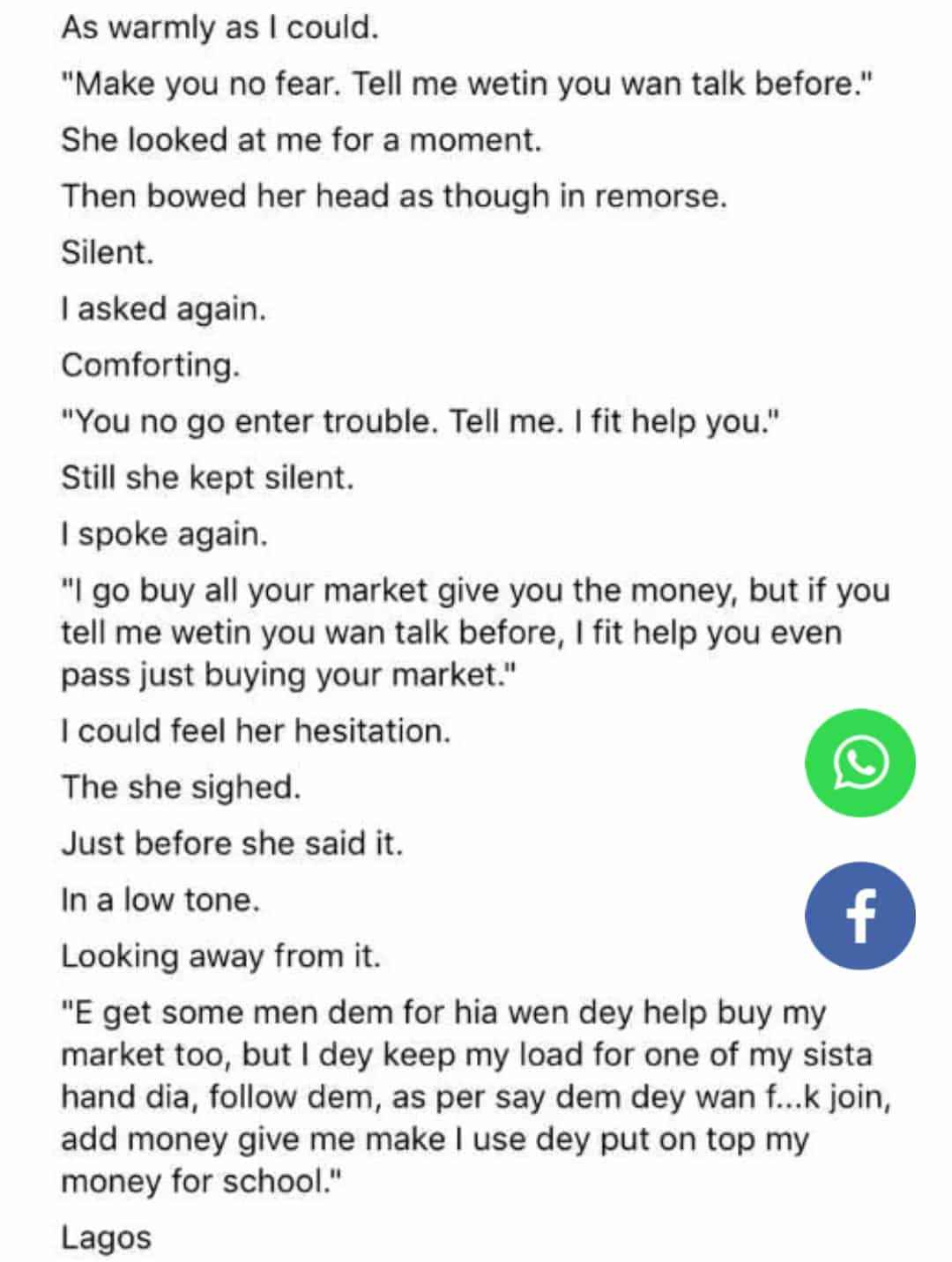