Olatunji paraded himself as an aide to a former NSA, Sambo Dasuki, before the victim and reportedly swindled him of sums running into N25m to perfect the contract. 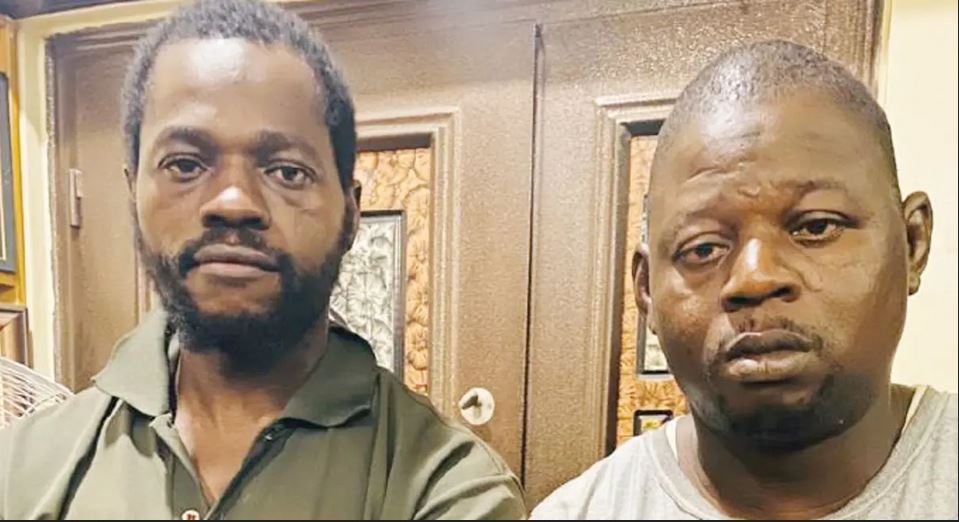 According to The PUNCH, a contractor, Ganiyu Oriyomi, thought he had hit a jackpot in 2014 when he met one Ismaila Olatunji, who promised to help him facilitate a juicy building construction contract at the office of the National Security Adviser.

Olatunji paraded himself as an aide to a former NSA, Col. Sambo Dasuki (retd.), before the victim and reportedly swindled him of sums running into N25m to perfect the contract.

City Round learnt that Olatunji knew Oriyomi through his (Olatunji’s) brother, Isiaka Olatunde, a Plaster of Paris engineer engaged by Oriyomi at a building construction site in Offa, Kwara State.

Our correspondent gathered that Oriyomi trusted Olatunde so well that he fell for the claim that Olatunji was an aide to Dasuki.

The fraud reportedly took another dimension after the former NSA was arrested and detained by the Department of State Services.

Olatunji was said to have lied to the victim that his bank account was being monitored by security agents and asked the victim to always give him cash pending when his boss would be released.

It dawned on Oriyomi that he had been defrauded when Olatunji was nowhere to be found after Dasuki was released in 2019.

He then wrote a petition to the Inspector-General of Police Intelligence Response Team to investigate the case.

Detectives eventually tracked down the brothers alongside one cleric in Offa, Alhaji Ismail Mustapha, indicted by Olatunde.

Mustapha was later absolved of the crime by the police.

Speaking to City Round during the week, Olatunde, 35, admitted to the fraud but said N8m was collected from Oriyomi.

He said Olatunji asked him to lie against Mustapha, their rich statesman, so he could pay off the money they collected from Oriyomi.

He said, “I am from Offa, Kwara State. I am married with three children. In 2012, I met Alhaji Oriyomi, who gave me job to do. We became friends and one of my brothers Ismail Olatunji, advised me to lie to Alhaji Oriyomi that he has links to Dasuki. That was in 2014.

“My brother said he would help him get a contract from Sambo Dasuki and I collected N300,000. My brother and Alhaji Oriyomi became friends and he started sending money to him regularly. When Dasuki was arrested, he started disturbing me about his money but we assured him that we would return his money.

“After Dasuki was released and he asked for the money again, I lied to him that my brother was in India receiving treatment. He flew to India but he didn’t see my brother. We have collected a total of N8m from him. While Alhaji Oriyomi was disturbing me, my brother advised that we should alleged that Alhaji Ismail Mustapha, was the person who collected all the money from us because we wanted him to do money ritual for me.”

He said the IRT team in Osun State arrested Mustapha and when the pressure was much, the cleric accepted to pay the money and he was released.

He added, “Alhaji Mustapha later requested that the case should be transferred to the IRT office in Abuja and I was invited. When I got there, I discovered that the truth could be revealed. I noticed that policemen didn’t concentrate on me and I managed to escape.

“I relocated to Sango area of Ogun State, where I started a new life. I was there for some months before the police rearrested me.”