Two persons have died after a military helicopter on a training flight crashed late morning. 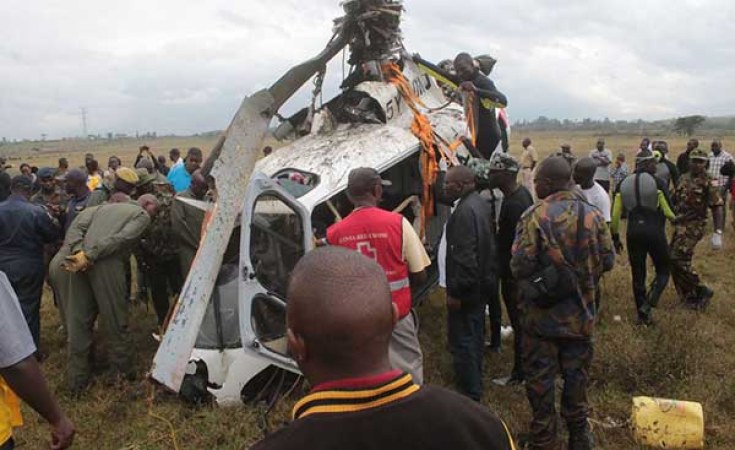 Chopper crash (File photo)
Two military officers were killed on Monday when a helicopter crashed in Machakos county, eastern Kenya, a Kenya Defence Forces, KDF, official said.
The U.S.-made MD-530F gunship, which went down at about 11.00 a.m. in Kanyonga village, was on a training flight, heading for Garissa in northeast Kenya from Nairobi, KDF spokesman, Zipporah Kioko, said.
The two, of the rank of Major, died on the spot,’ Kioko said in a statement.
The cause of the crash was not immediately established.
The chopper is among six U.S.-made light attack helicopter gunships that the Kenya Army Aviation acquired in January, authorities said.
They were part of an initial order of 12 light attack and reconnaissance helicopters meant to enhance the firepower of the military in the wake of sustained attacks by al-Shabab militants, they said.
Xinhua/NAN
Top Stories