There was serious drama at an Access bank branch in Nigeria after a man slapped a woman while fighting over who came first. 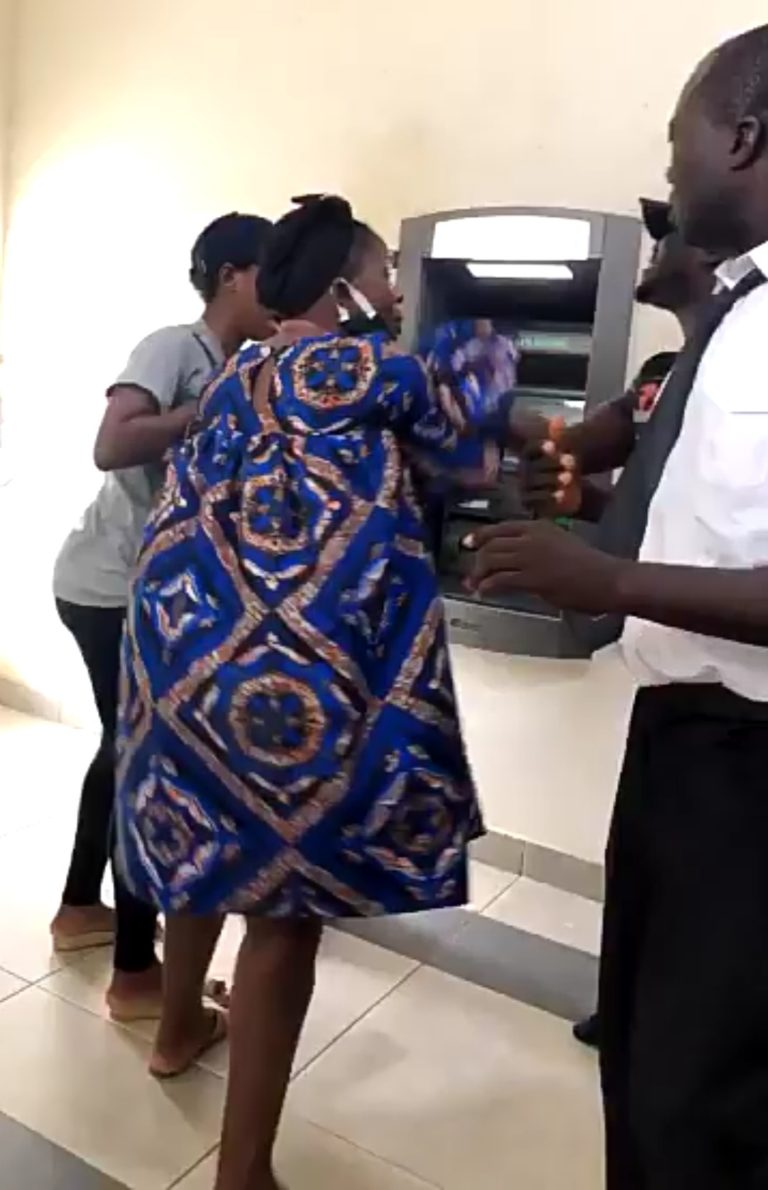 The woman fighting the man after being slapped
A man has left many people in shock after giving a woman dirty slaps while fighting over who came first at an ATM spot.
The incident happened at an Access bank ATM.
After a while of dragging themselves, the fight turned physical and the man threw slaps and punches at the lady who quickly burst into tears.
Reacting to this, eye witnesses at the scene hurled insults at the man for daring to hit a lady who isn’t his wife. They condemned his action totally while the lady stood at a corner crying.
Watch the video below;
Top Stories