A man of God has been condemned after he placed a curse on other pastors for leaving with his members. 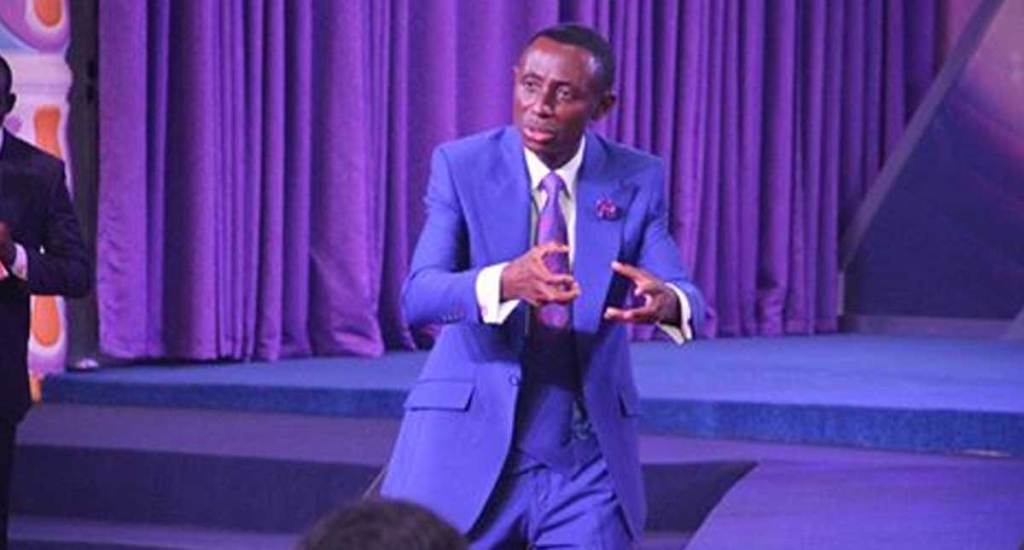 Pastor Kelvin Kwesi Kobiri
Pastor Kelvin Kwesi Kobiri, the founder and leader of the Zoe Outreach Embassy in Ghana has caused a stir on social media after placing a curse on pastors who left his church with members.
In the video, Kobiri in anger, poured out curses on those pastors who left. He also condemned them for going away with his members.
His act has been condemned by people who called him fake.
“Pastors who left this ministry and left with members of this ministry, which they do not account for as individuals, that the ministry accounts for, Lord, let their wives be barren. Let all fruitfulness be cast from them.
“I curse their generations, I curse the generation before them and after them, let there be chaos in their families, let your pestilence fall upon them from this day.
“Let there be sickness from the root of their families, to the generations that are not born, epileptic, hepatitis, HIV, madness, let it fall upon them,” he prayed bitterly.
Watch video below:
Top Stories