The EFCC has charged Grace Taiga to Court for accepting bribes and failing to follow protocol. 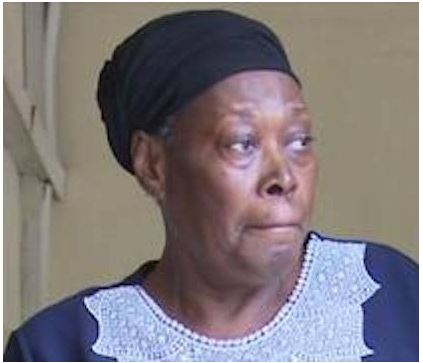 The Nigerian government  has prebiously uncovered unknown payments made to the daughter of a Nigerian official.

A lawyer to the FG made this known to a court on Monday, July 13, in its latest attempt to overturn an arbitration award against it worth close to $10 billion.

Process & Industrial Developments (P&ID), a firm set up to carry out a gas project in Nigeria, won a $6.6 billion arbitration award after the 2010 deal collapsed. The award has been accruing interest since 2013 and is now worth nearly $10 billion.

Nigeria is seeking permission in the English courts to appeal the award, granted in 2017, despite having missed the 28-day appeal deadline. It says new information came to light only in late 2019.

In an online court hearing, the Nigeria government’s lawyer said it has evidence of payments made from companies related to P&ID to Vera Taiga, 11 days before the deal was signed.

Vera’s mother, Grace Taiga (pictured above), was the chief lawyer for the Petroleum Ministry at the time.

The payments came to light following a U.S. discovery order in New York, it said. The government also said P&ID officials, and companies linked to it, paid several other officials in relation to the deal.

Last year, the EFCC charged Grace Taiga with accepting bribes and failing to follow protocol related to the contract.

According to EFCC, "Mrs.Taiga, a former director, Legal Services in the Ministry of Petroleum Resources was a key actor in the fraudulent Gas Supply and Processing Agreement (GSPA) between the federal government and P&ID. She is alleged to have used her position to administer undue favours to the company.

"She was arraigned on an eight-count amended charges, bordering on accepting bribes and other related crimes."

She pleaded not guilty and now awaits trial.