The girlfriend of a popular Hollywood actor has revealed she's an ordained ifa priestess. 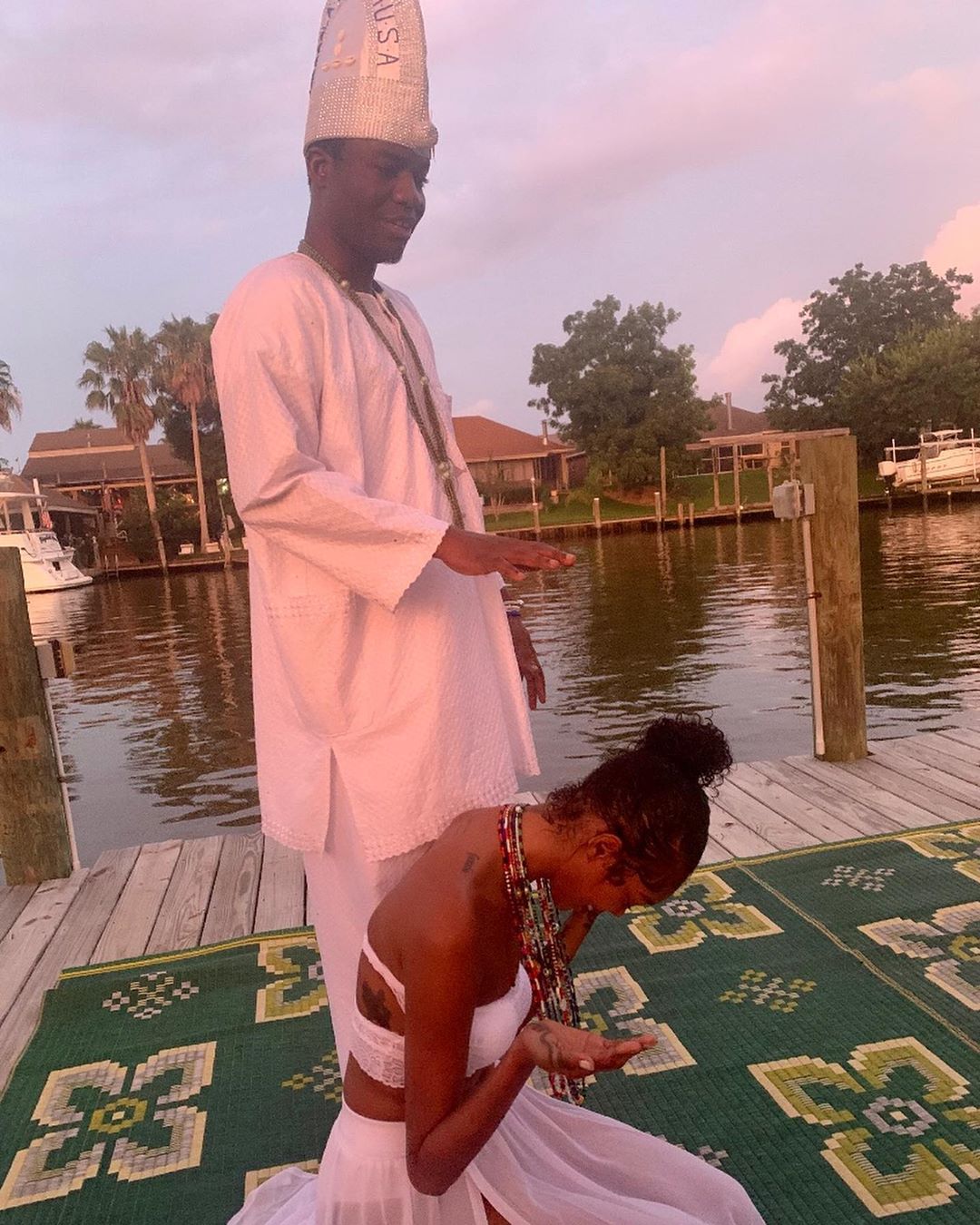 Jessica White revealed she's an Ifa priestess on her social media page
Jessica White, American model and girlfriend of Hollywood actor and television host, Nick Cannon, has revealed that she is an Ifa priestess and is continuing her spiritual journey in that direction.
Ifa priestesses come from the Yoruba ethnic group in Nigeria.
Speaking at length about her faith in the Ifa deity, the 36-year-old taking to Instagram revealed her hopes to continue learning about the deity as well as Orunmila.
Jessica revealed that she’s a gypsy and has always been intuitive and has been on this journey since she was 9 years. 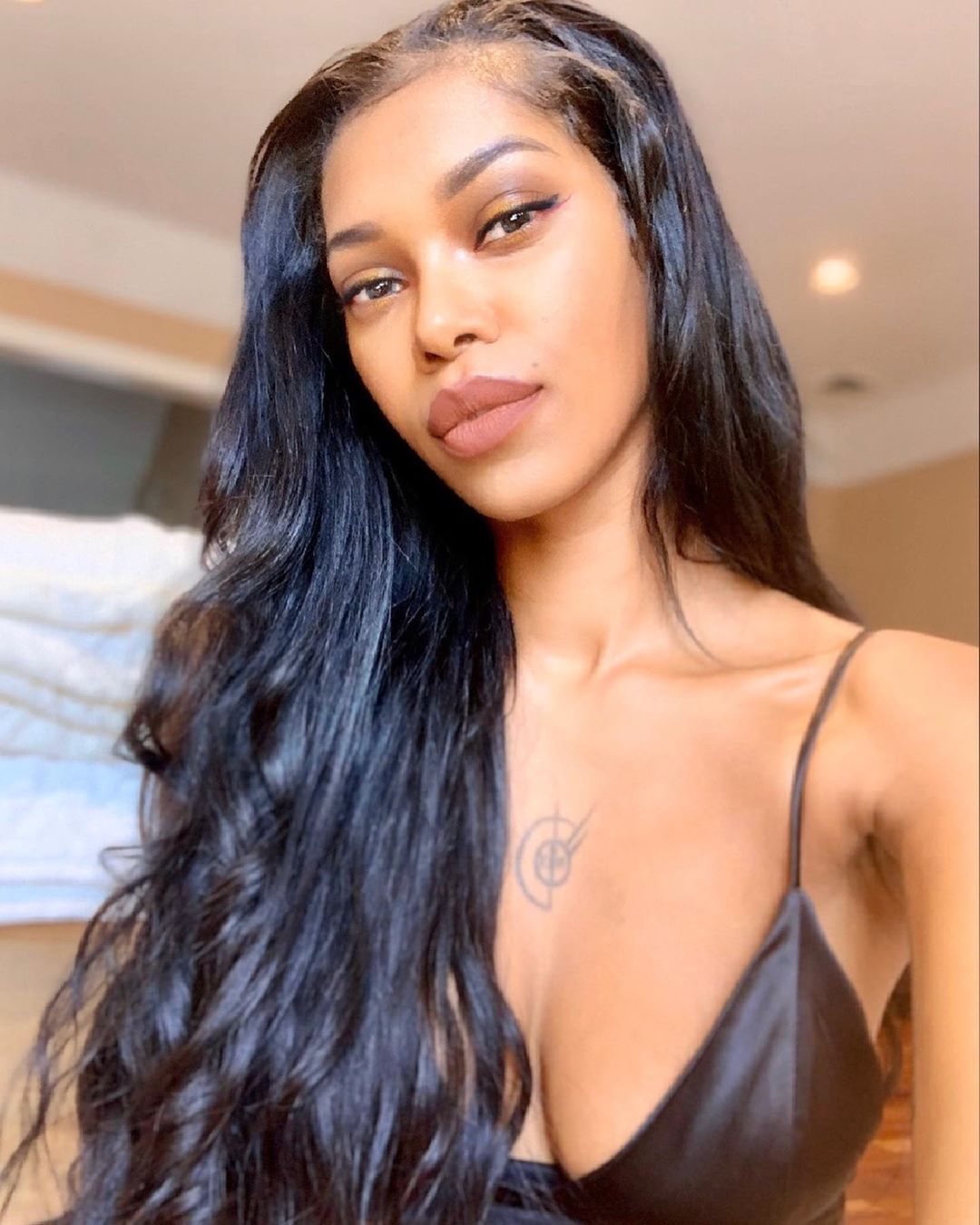 She however noted that she has not abandoned her Christian faith and still reads the ‘word of God’ but is expanding her knowledge on spirituality and ancestry.
She wrote alongside photos of her posing by an Ifa Priest,
I’m humbled honored and excited to share an intimate piece of my life with you all . Many may find this controversial however I believe and understand the spirit , and how our divine right was stolen from us many years ago to keep us from our power and owning our blueprint. I believe in Honesty, and God the most high. I started my spiritual journey at the age of 9 years old . When I realized I had the gift of second sight. This journey has been hard , amazing , and sublimely beautiful all at the same time . Many know the gypsy in me and that I am highly Intuitive and spiritual . I am thrilled to share with you all that I am fully initiated to Ifa as an Iyanifa (female priestess and student of Ifa ) . This journey has been amazing . Ifa is about destiny and finding your true blue print in life . As a wise babalawo Chief Solagbade Popoola once said Orunmila promises you all the blessings that are to be yours in your destiny , however he never said it’s going to be easy . Up next Awo training . I am so grateful to have amazing mentors in my Oluwo Oba Aala USA of ile Ife , Baba Ifa Sunwon Popoola iya Fadeke Popoola, and Iya Osho Lanke @tatiannatarot Tarot and the wisdom of baba Ika meji @OturaTukaaTemple . I am so thankful to all who have helped support me through this journey. This initiation was overdue and has saved my life in more ways than you can imagine . I start my new journey and transformation in alignment with my destiny at the age of 36. Praise Ifa , Olodumare (God) , the Orisha , my Egun (Ancestors) . All things are possible and all gifts are mine in my destiny. Just an FYI I am still a Christian I do not abandonden the lineage of my ancestors nor the word of God . God is God no matter his name and no one knows the mind of God it’s about destiny, character, and being the best person you called to be . Good morals and virtues cross all good religious faiths and doctrines . I am proud to announce my name to the world the name I should have been born with that was mine from birthright iya ifa Yomi Ori Yomi . Ase may you all be blessed and find your divine purpose . #Ifa #obatala #osun #ori @obaaala ife , #chiefpoopola #tatianna tarot #
More photos she shared below: 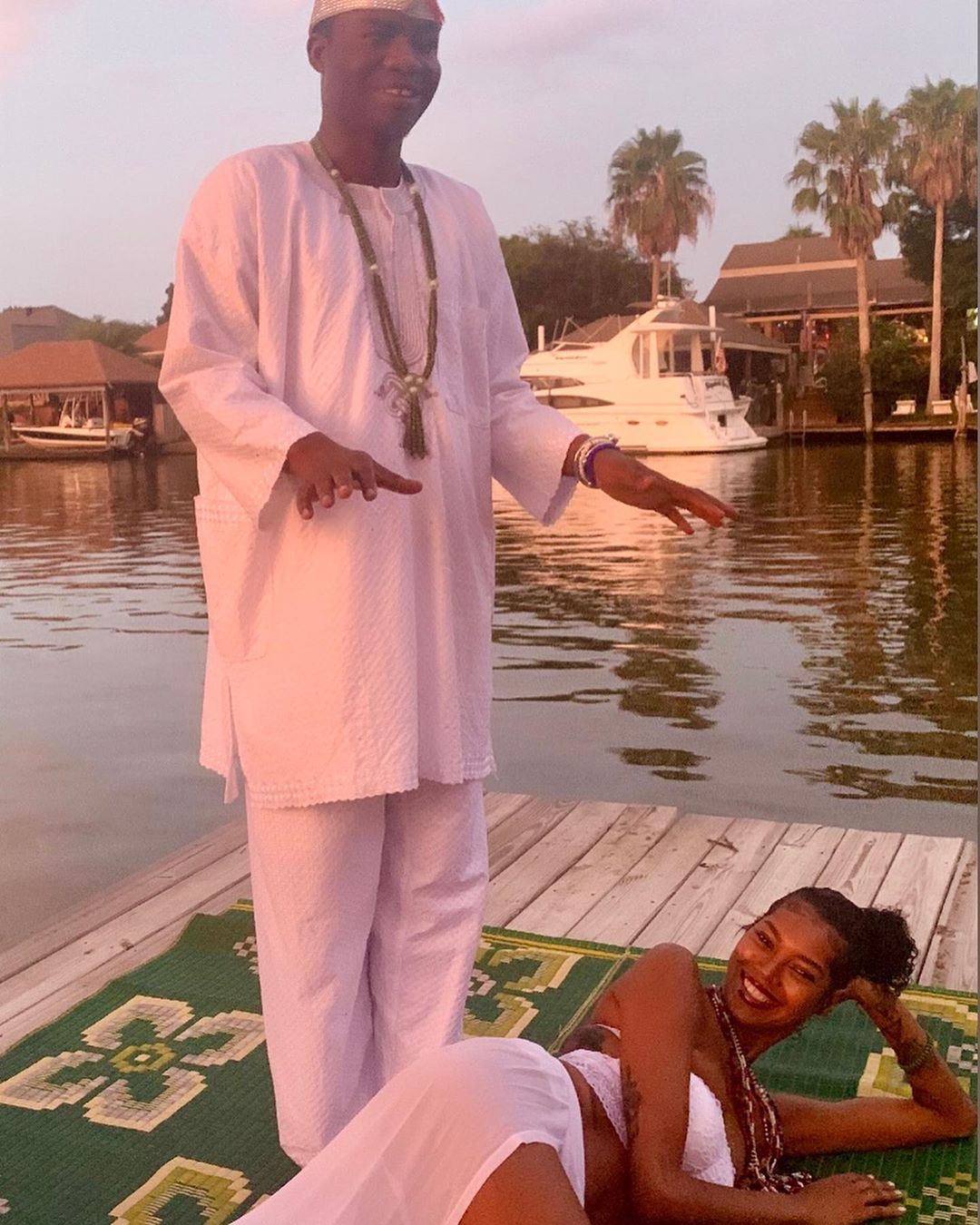