Fahim Saleh, the founder of Gokada has been mourned by the social media community in Nigeria. 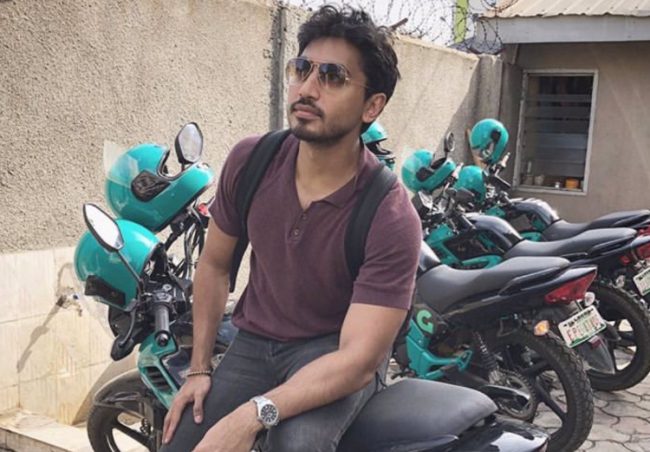 Fahim Saleh, the founder of Gokada
Nigerians on social media have expressed mixed reactions following the shocking death of Fahim Saleh, the founder of Gokada, whose body was found in his New York apartment.
Saleh touched many lives in Nigeria with the introduction of his business which many poor people embraced to eke a living.
The 33-year-old who founded the Lagos-based motorcycle-hailing company was murdered and police reports reveal the limbless, headless torso of a millionaire tech entrepreneur was found in his apartment with an electric saw lying next to the remains.
Currently trending at the number one spot on Twitter is Saleh whose death has saddened a lot of people.
Saleh, a website developer turned venture capital, founded the motorcycle-sharing company in Lagos which provided jobs to a lot of people in the state.
See how Nigerians reacted below:

The world woke up to the gruesome murder of Gokada CEO, Fahim Saleh, in his New York $2M apartment.

His death was likely planned for months with daily surveillance on him.

May God rest your soul and hunt your killers. Rest In Peace Fahim Saleh. https://t.co/Aqc8AR2w3H

The Gokada CEO’s gruesome death is shocking and mad disturbing.

Gokada owner, Fahim Saleh was brutally murdered, decapitated, dismembered with an electric saw inside his condo in NY.

Such a horrible way to die 😓

May his soul rest in peace pic.twitter.com/2MC1OyzlrK

What a wicked world. pic.twitter.com/jaEVb5MEQS

Gokada CEO Fahim Saleh's gruesome cartel style murder suggests that he might have been working for the Mafia. Perhaps Gokada was being used to (or meant to) wash / launder the cartel's dirty money? Man, whatever.. May his soul R.I.P.

Good health is something one should be grateful for.
Waking up every morning, strong and healthy should never ever ever ever be underrated.
You slept last night and woke up this morning. But others didn't..
RIP FAHIM SALEH
GOKADA

This last video from Fahim Saleh, CEO of Gokada - Passionate entrepreneur. A young man living the life & full of promise. Who could he have engaged that is so evil to cut him to pieces?

“We have a torso, a head that’s been removed, arms, & legs”. Tragic
pic.twitter.com/2ZyWEpJOwD