The millionaire founder of Gokada has been brutally murdered at his luxury home in Manhattan. 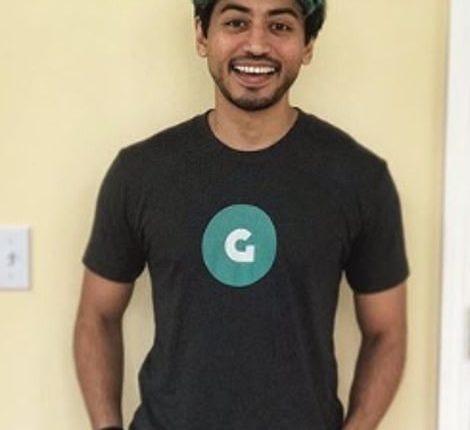 Fahim Saleh
Millionaire tech entrepreneur, Fahim Saleh, founder of Gokada has been brutally murdered with his body dismembered.
The late entrepreneur was found dead at his luxury Manhattan $2 million Lower East Side apartment by his heartbroken sister, and cops are now hunting for a professional killer who cut up the 33-year-old’s corpse with an electric saw, Daily Mail reports.
The alarm was raised by one of Saleh’s siblings on Tuesday, after she became concerned because she had not heard from him for a day.
She went to the seventh floor unit to check on her brother and found his dismembered body in his home.
He had been cut up with a power saw, which was lying nearby and was still plugged in. Police sources said the body parts had been sorted into different plastic bags.
Police believe they have surveillance footage of the suspect entering the building on Monday and then using the elevator.
Video reportedly shows the gloved suspect wearing a hat and mask covering his face, and carrying a bag. He waited to enter the elevator with Saleh.
‘The perp had a suitcase. He was very professional,’ one police source told the Daily News.
Sources told the New York Post that as the pair rode up to the seventh floor apartment together, Saleh appeared puzzled.
No sooner had he stepped out of the elevator – which opened directly into his home – the attack began.
He fell to the floor after either likely being shot or stunned, the footage reportedly shows.
The way he was killed has led cops to believe the murder was carried out by a professional.
Police found that Saleh’s legs below the knees and his arms had been removed, with the missing body parts placed into bags.
Surprisingly, there was very little blood. The New York Times reported that some effort had been made to clear up evidence.
Cops are now trying to work out whether the arrival of the victim’s sister interrupted the dismembering of Saleh’s body.
Detectives are also looking to see if the killer was able to escape through another exit.
‘We have a torso, a head that’s been removed, arms, and legs. Everything is still on the scene. We don’t have a motive,’ NYPD spokesman Sgt. Carlos Nieves said.
Saleh, who was born in Saudi Arabia but whose family is Bengali, bought his luxury pad for $2.25 million last year and was clearly proud of his purchase – regularly posting pictures and video on his Instagram.
His LinkedIn profile reveals the former website developer was the CEO of a motorbike hailing company in Lagos, Nigeria.
The firm, Gokada, recently faced severe setbacks after being banned earlier this year by the Nigerian government.
It was forced to lay off staff and pivot from being a ride-sharing service to a delivery courier.
The ban came at a difficult moment for Gokada which had just raised $5.3 million in funding from Rise Capital, a Silicon Valley-based venture capital firm, in May 2019.
After the ban was enacted, the firm stopped bringing in money and around 800 bikers working for Gorkada were also immediately laid off. Saleh, never one to give up, was working on new ideas and a new direction for the firm.
On June 2, he tweeted: ‘Have a very good feeling about 2020.’
Later Tuesday, police could be seen in the condo’s lobby at 265 East Houston Street and speaking with a woman who was in tears and who was believed to be one of Saleh’s sisters who had found the body.
‘She was really upset. Crying. Shaking,’ neighbor Danny Faust said to The Post. ‘She was just sitting there but you can tell her legs were shaking. She’s nervous. She was crying like, you know, wiping her eyes.’
‘She was screaming when she first came down,’ Faust said.
‘Dead body? Okay. But when you hear chopped up and dismembered? That’s it. That’s a sick type of mind for somebody to do that,’ he added.
On Tuesday afternoon friends began showing up to his building. A couple said they believe that Saleh must have been targeted.
‘He was extremely smart, ambitious, very kind. Always smiling,’ one friend told the Daily News.
The friends said he was a self-made millionaire who had a passion for gadgets and video games.
He also enjoyed bringing tech companies into underdeveloped nations including Nigeria and Indonesia.
He never said he was scared,’ another friend recalled. ‘[He was] always very happy-go-lucky.’
On Tuesday night, tributes were also being made online to Saleh.
‘Rest in peace Fahim Saleh. Deepest condolences for his family and friends. The world is becoming inhumane day by day,’ wrote Ashiq Rahman, a software engineer living in Toronto.
Top Stories