The Senate President, on the resumption of plenary on Wednesday, called for a closed session to discuss the development. 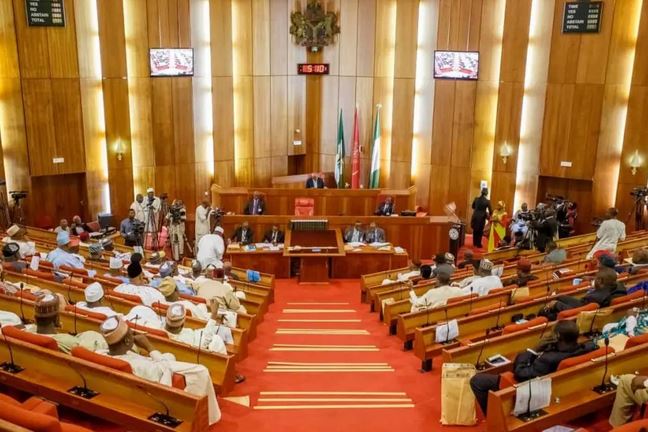 A report by The PUNCH shows that the Senate is currently on emergency closed-door session over the decision of the Federal Ministry of Labour to proceed with the recruitment of the 774, 000 workers across the country.

The National Assembly suspended the Public Works Programme penultimate week following a disagreement between its committee on Labour and the Minister of State for Labour, Festus Kayamo.

The federal lawmakers had accused Keyamo of hijacking the recruitment exercise from the National Directorate of Employment, which got  N52bn approval to carry out the programme.

Keyamo, however, told journalists on Tuesday that the President, Major General Muhammadu Buhari (retd.), has asked him to proceed with the recruitment process notwithstanding the position of the National Assembly on the issue.

The Senate President, on the resumption of plenary on Wednesday, called for a closed session to discuss the development obviously to prevent media coverage which could worsen the relationship between them and executive arm of government over the issue.