A first of its kind Underwater resort room has been built on Pemba Island off the coast of Zanzibar in Tanzania. 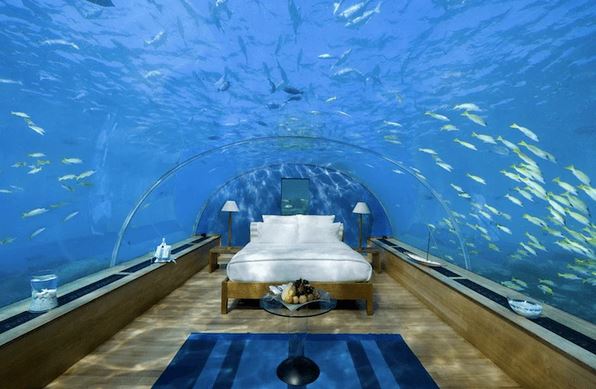 Amaxing view of the Manta Resort
An underwater room at the Manta Resort on Pemba Island off the coast of Zanzibar in Tanzania has continued to wow people after it opened.
The underwater resort is the first of its kind.
The Manta resort underwater room’s landing deck is the most luxurious way to spend time under the ocean. It has an exquisite lounge area and bathroom facility.
There is a step ladder that leads up to the roof which has a lounging area where people can enjoy the stars at night or sunlight during the day.
The hotel, which is located 3.9624 metres below sea level, is one of the most amazing hotels in the world, How Africa reports.
The hotel provides three levels which can only be accessed by going down a step ladder. 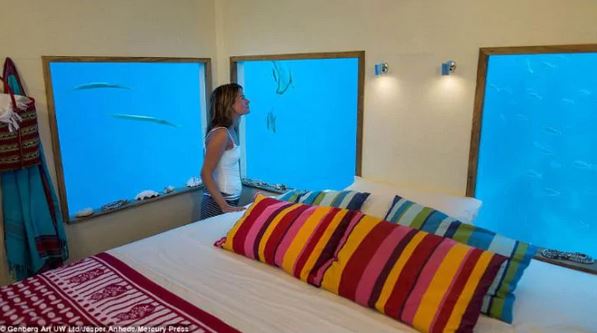 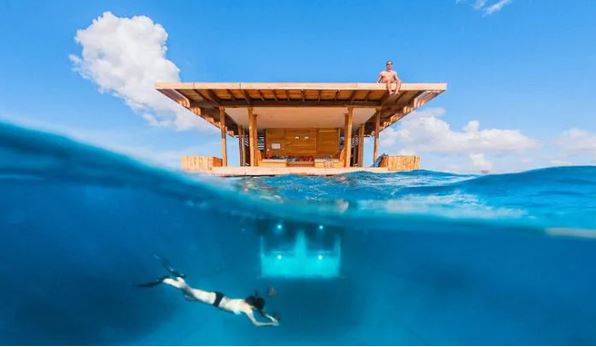