Longest Hair Ever! Meet The 95-Year-Old Indian Man That Has Never Cut His Hair (Video)


A 95-year-old man has been hailed after showing off his long hair he has never cut. 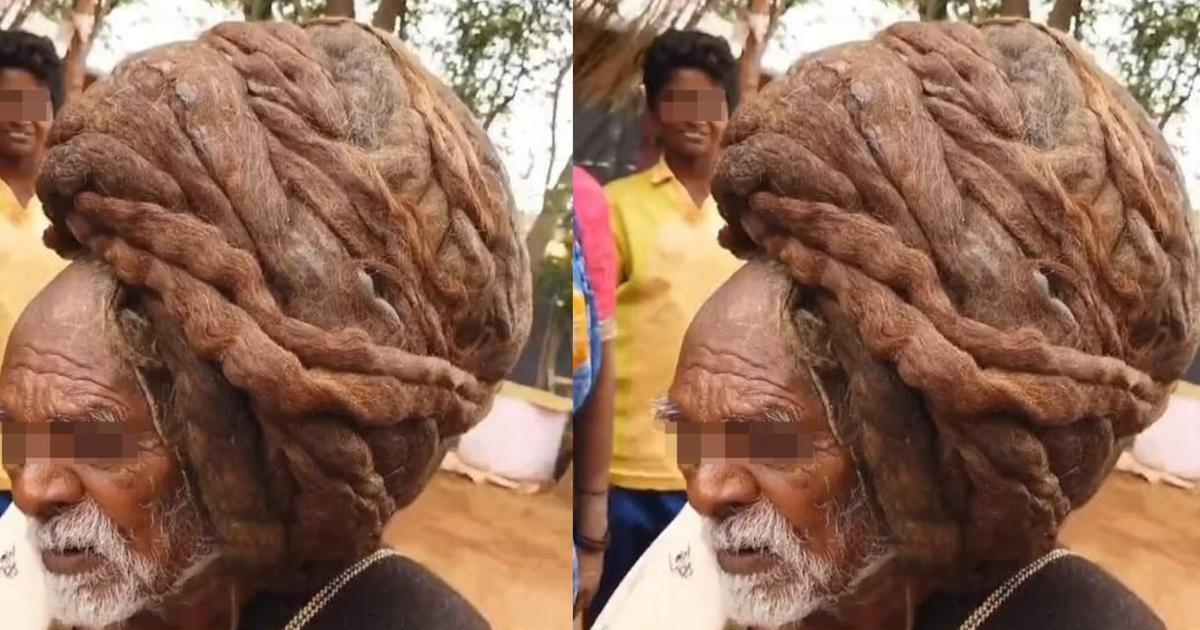 Doddapalliah
An Indian man, Doddapalliah, 95 from India’s Karnataka state has showed off his 24-feet-long hair, as he claimed he has never cut his hair before.
Because of how long it is, has to be bundled into a huge, entangled mass on top of his head.
During this year’s lockdown, a lot of people were freaking out for not being able to visit the hairdresser for a few weeks, but one Indian man claims he has gone almost a century without getting his haircut even once.
Doddapalliah, who is reportedly 95-years-old, is revered by many as a human deity in his home town of Molakalmuru, Chitradurga district, needs to have his hair wrapped into a giant ball on top of his head and secured with cloth just so he can move around. That’s because his entangled locks measure a whopping 24 feet (7.3 meters) in length. 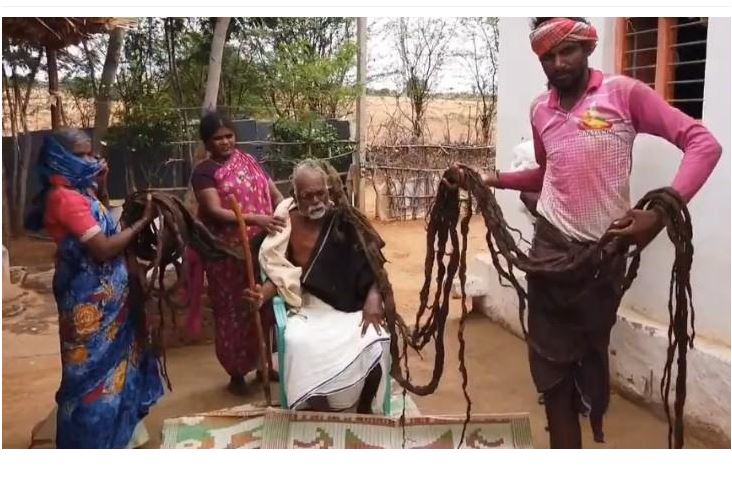 According to a viral Newsflare video Doddapalliah himself believes himself to be a human deity, and has never once trimmed his locks for fear of losing his status as a human god. Although the long and heavy hair is obviously more of a hindrance than a blessing, especially at his age, he would rather ask people to help him wrap his hair rather than getting it cut.
In the short clip, a frail-looking Doddapalliah can be seen squinting in pain as a couple of people work to untangle the entangled mess on top of his head for a photo shoot. It doesn’t look like his hair has been washed in a while either, which would explain the thick, hard looking dreadlocks.
Doddapalliah is certainly not the first person to have earned a mention on Oddity Central for his hair. In the past, we’ve featured Sakal Dev Tuddu, an Indian man who hadn’t cut his hair in four decades, this Chinese man who had allegedly not cut his hair in 54 years, or “male Rapunzel” Savjibhai Rathwa, who kept his 19-meter-long hair in a black rope wrapped around his right arm.
Watch video below:
Top Stories