Breaking News: Ex-Edo Speaker's Wife And Driver Abducted In Kogi On Their Way To His Burial


They were said to be on their way to Auchi, Edo State for the burial of the former Speaker when the incident occurred. 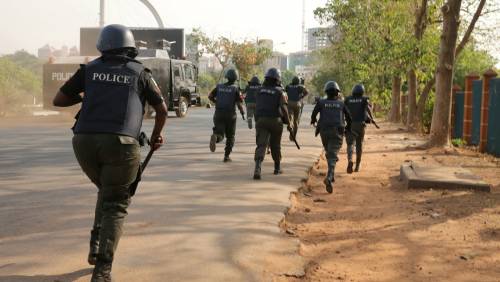 The wife and driver of former Edo Speaker, Late Zakawanu Garuba, were on Saturday kidnapped along the Lokoja-Abuja highway, The Nation reports.

They were said to be on their way to Auchi, Edo State for burial of the former Speaker when the incident occured.

When contacted, Kogi Commissioner of Police (CP), Ayuba Ede, said he received information of the incident around Okene.

The CP told The Nation he has already despatched his men to the area.

“Yes, I heard of a kidnap incident around Okene and, I have sent policemen to the area to ascertain the correct position of things. I do not what exactly, so I cannot confirm what I don’t know. My men have gone their already,” said the CP.

Wife of the former Speaker, her mother and driver, it was gathered, were on their way to hometown of the deceased when the incident occurred.

Their abductors were said to have let go of the mother.