The police reportedly found the cocaine after opening a parcel addressed to a fictional Mafia boss from a Hollywood movie. 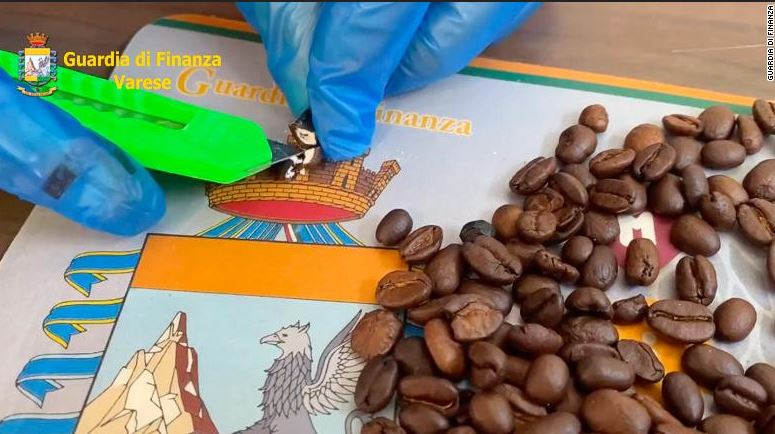 Police in Italy have discovered 130 grams of cocaine stuffed inside cut-out coffee beans that arrived at Milan's Malpensa Airport from Colombia, according to a statement from the Guardia di Finanza financial police on Monday July 20.

The police reportedly found the cocaine after opening a parcel addressed to a fictional Mafia boss from a Hollywood movie.

The Customs officers at the airport noticed that the intended recipient of the package shared the name of a fictional character- Santino D'Antonio, a Mafia boss in the hollywood action movie John Wick: Chapter 2. It was at that moment they decided to check the package.

Once custom officers opened the parcel they found more than 500 coffee beans that had been hollowed out, filled with cocaine and resealed using tape. Police in search of the intended recipient tracked the package to Italian city, Florence, and arrested a 50-year-old Italian man when he came to try and collect it from a tobacco shop.

The man who lived in the Colombian city of Medellin was already known to police and had previously been arrested on drug related charges.

Recently there's been a wave of drug bust ups in Italy. Earlier this month, Italy's Guardia di Finanza confiscated a huge shipment of  14 metric tones of amphetamines which they said had been produced by ISIS in Syria.

Officers found 84 million pills with a market value of €1 billion ($1.12 billion), and the drug haul was said to be the largest in the world in terms of quantity and value.