This followed after meeting with Geoffrey Onyeama who tested positive for the coronavirus. 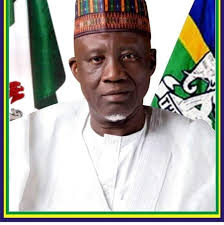 This followed his meeting with the foreign affairs minister, Geoffrey Onyeama, who tested positive for the virus.

He said, “I can confirm that the minister met with his foreign affairs counterpart last Thursday and following the announcement that Mr Geoffrey Onyeama tested positive for the virus, the minister of police affairs has also decided to go into isolation in compliance with the NCDC guidelines.”

It was reported that senior officials and staff of the Ministry of Foreign Affairs may also undergo mandatory testing for COVID-19.

Onyeama, a member of the Presidential Task Force on COVID-19 and the first federal cabinet member to test positive announced his status on his Twitter handle on Sunday after his fourth test returned positive for the virus.

It could not be immediately ascertained if other PTF members would take the COVID-19 test or go into quarantine on account of Onyeama’s status.

Onyeama had met with several foreign diplomats and officials in the last two weeks. He had posted pictures of the dignitaries he held meetings with on his official Twitter handle.

On July 13, he received the Ambassador of the People’s Democratic Republic of Algeria to Nigeria, Hocine Latli.

The minister also received a delegation from the Nigerian National Commission for Refugees, Migrants and Internally Displaced Persons led by the Federal Commissioner, Senator Basheer Mohammed.

On July 14, Onyeama received the Ambassador of the Federal Republic of Somalia, Amb. Jamal Barrow and they both discussed issues.