My Relationship With President Buhari Is Okay - Goodluck Jonathan


Former President, Goodluck Jonathan has described his relationship with President Buhari as friendly. 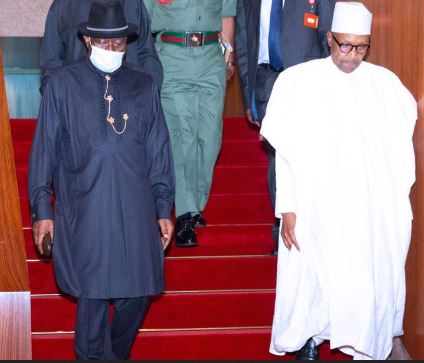 He said this shortly after his meeting with the President in the statehouse in Abuja today July 21.

“You have been seeing me coming and I have been having friendly conversations. So, our relationship is ok.” he told statehouse correpsondents after he was asked to speak on their relationship

The former President applauded President Buhari for naming the largest station along the Warri-Itakpe railway route,the Agbor railway facility and station after him. 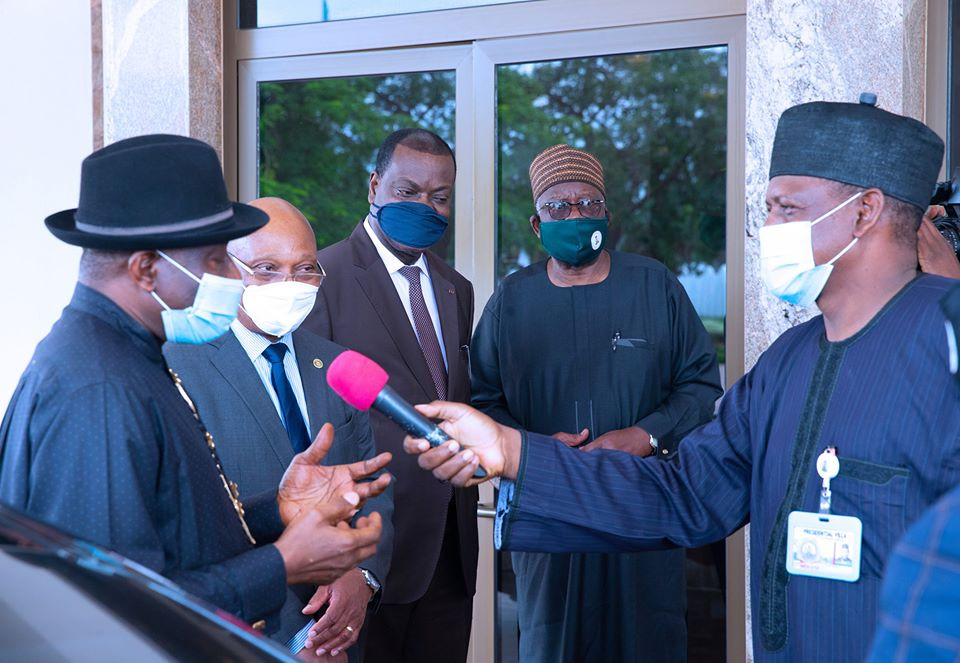 "Let me use this opportunity to commend Mr. President publicly. I’ve already sent a letter to appreciating. It’s a good gesture.

And completing the railway programme is good. It shows that the President is doing, is going on with the legacy projects of the previous administrations. That is the way to go.

I sent a letter to him. I commended him verbally too but you are asking me now. Let me also do it publicly. I appreciate it, I thank Mr. President, the Minister of Transportation and others that made it possible” he said.