A man has left his former religion to convert to Muslim on the holy month of Ramadan. 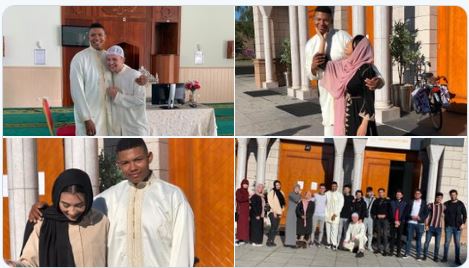 Anthony Michael converts to Islam
A man identified as Anthony Michael has shared his experience after converting to Islam during the holy month of Ramadan.
He took to Twitter to share lovely photos he took during his conversion ceremony. He said that he is so overjoyed by the support he has received on Twitter since he made the news known.
"Finally converted to Islam this beautiful Ramadan ♥️✨" he said.
Michael said that “Islam is the religion of love, gratitude, and peace”, saying the past recent months have been very inspiring for him.
He said that the messages he received from his brothers and sisters in Islam made his day glorious and the conversion more beautiful.

As-Salaam u Aleykum, I am absolutely overwhelmed by all the love and support I received today on this app. The past couple months were so inspiring for me. Islam really made me feel like a better person.
Islam is the religion of love, gratitude and peace.