UPDATE: Izuchukwu Shot Himself Dead In A Suspected Case Of Suicide Over A Sexual Allegation - US Police


The Nigerian entrepreneur, Izuchukwu Madubueze shot himself dead over an allegation of sexual assault. 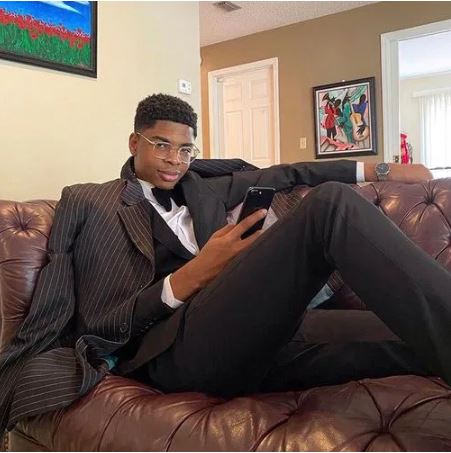 The US police have said that the young Nigerian man who allegedly committed suicide after being accused of sexual assault died by self-inflicted gunshot wound.

According to the Pinellas County Sheriff’s Office in Florida, United States, the Nigerian entrepreneur, Izuchukwu Madubueze shot himself dead over an allegation of sexual assault.

A Twitter influencer named Nanichi Anese, had on June 29, 2020, accused the 23-year-old creative designer of harassment  not rape as widely claimed by friends who were angered by Izu's demise.

Izu reached out to Nani to find out who he had harrassed but she had sworn to protect the ladies who opened up to her so she refused to release the lady's identity.

Izu was said to have been bombarded by calls from his friends, who queried him about the allegation.

On July 17, Izu, an Anambra State indigene later tweeted through Crowdfire app that he had killed himself.

He killed himself on July 16 but the tweet appeared on Twitter on July 17. Crowdfire app allows users to schedule their posts.

Punch contacted the Tampa Police Department for confirmation of the suicide and an officer, who did not identify himself, said there was a case of “shooting” which was handled by the Pinellas County Sheriff’s Office.

The Public Information Office of the Pinellas County Sheriff’s Office told the publication that Izu shot himself on Thursday, July 16, 2020.

“Izuchukwu Madubueze was the victim of what appears to be a self-inflicted gunshot wound on July 16, 2020. The case is open and active and no further information will be provided at this time,” Deputy Travis Sibley, a spokesman for the office said.

Izu’s family, in a statement on Wednesday, expressed sadness at the death, describing it as shocking.

The statement read in part, “Sincerely, a part of us has been chipped away forever. Izu was a truly inspiring and kind-hearted young man, who always tried to positively impact the lives of everyone he came across. He was accused of ‘non-physical sexual assault’ and his name added to an unauthorised sex offenders/rape list.

"Pleading his innocence, Izu tried his best to reach out to his anonymous accuser and the peddler of this list, but his pleas fell on deaf ears. He battled with the unimaginable pain of seeing his credible name and brand, which he laboured to build for six years, go to waste over these questionable allegations, which go against his family and societal values. Broken by the stigma of these events, he chose to depart this world.”

Whether Izu was guilty of harassment or not is still being widely debated on Twitter.

Nani was called out after Izu's suicide and she released screenshots of a chat between Izu and an anonymous lady to back her claim that the lady who reached out to her was harrassed by the deceased.

Izuchukwu shot himself dead in a suspected case of suicide over an allegation of sexual assault, US police 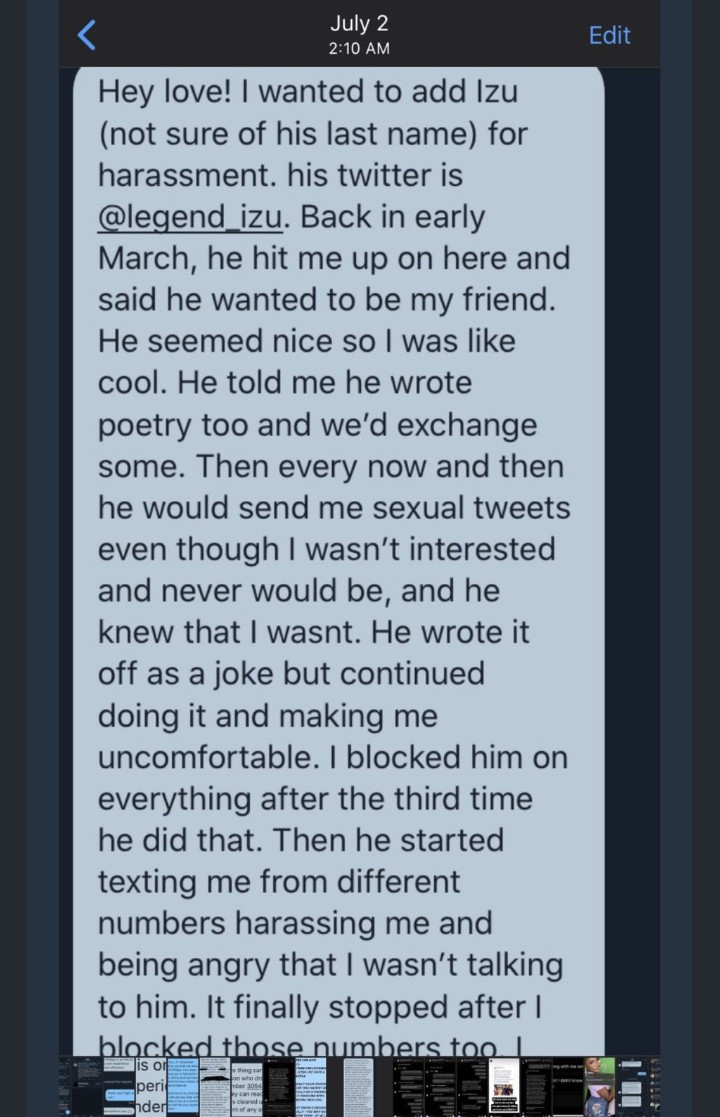 This new bit of information divided Twitter users as some took her side while some were still against her.

Some have said that the fact that an accused person committed suicide doesn't prove innocence. Others have said that it should be a crime for individuals to publish names of people who have not been convicted by a court as sexual offenders. 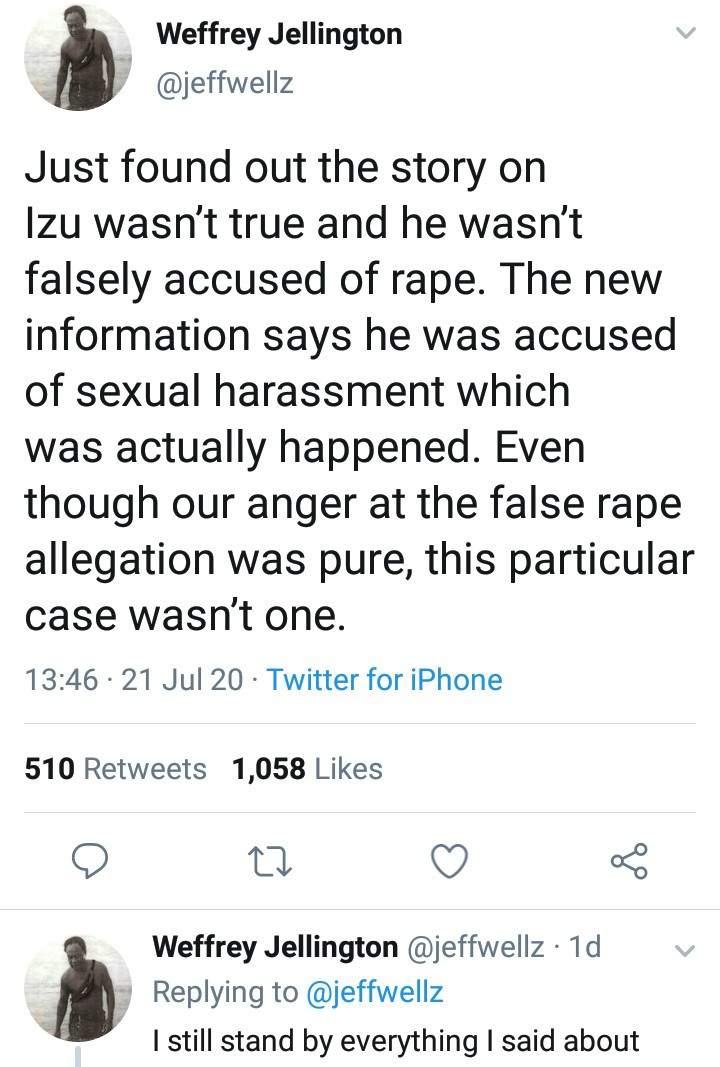 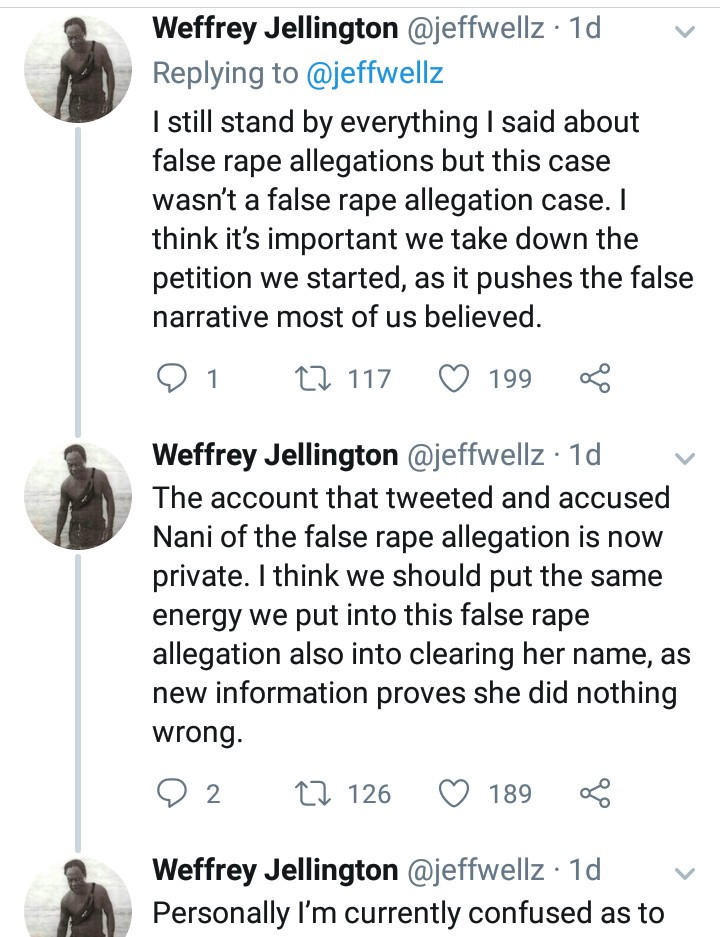 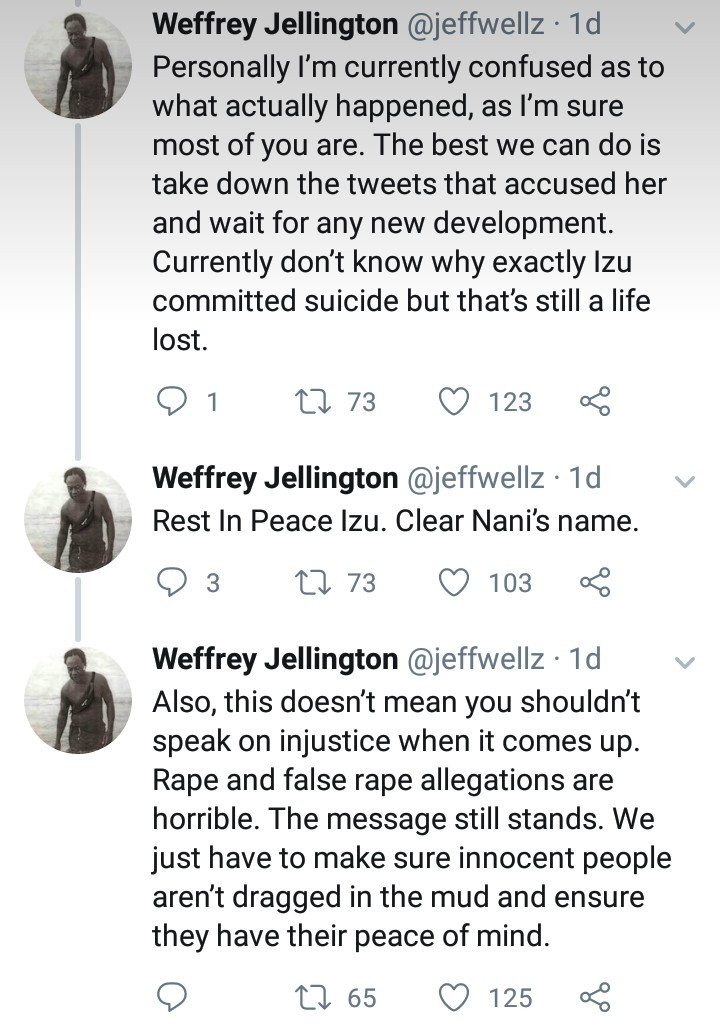 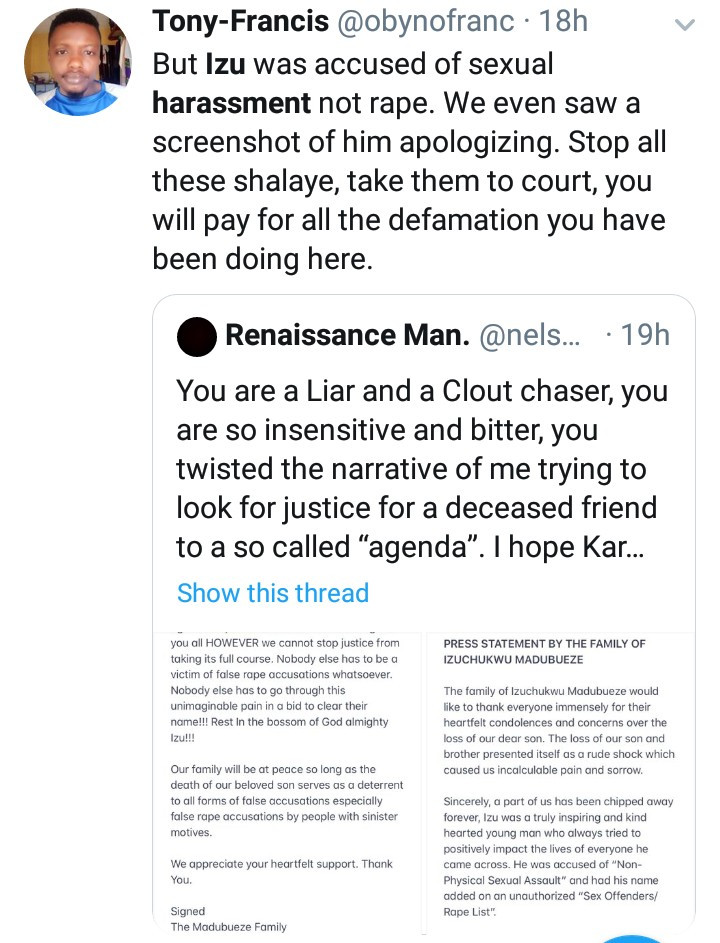 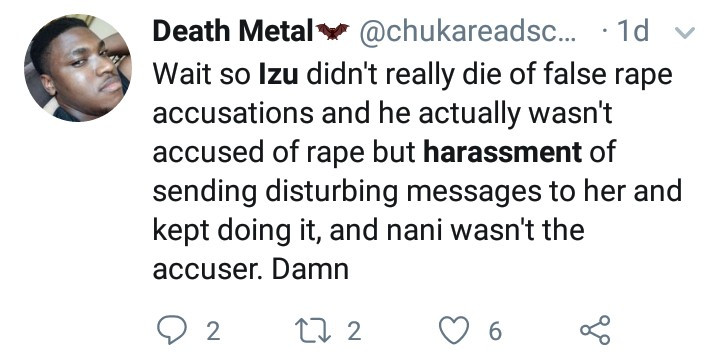 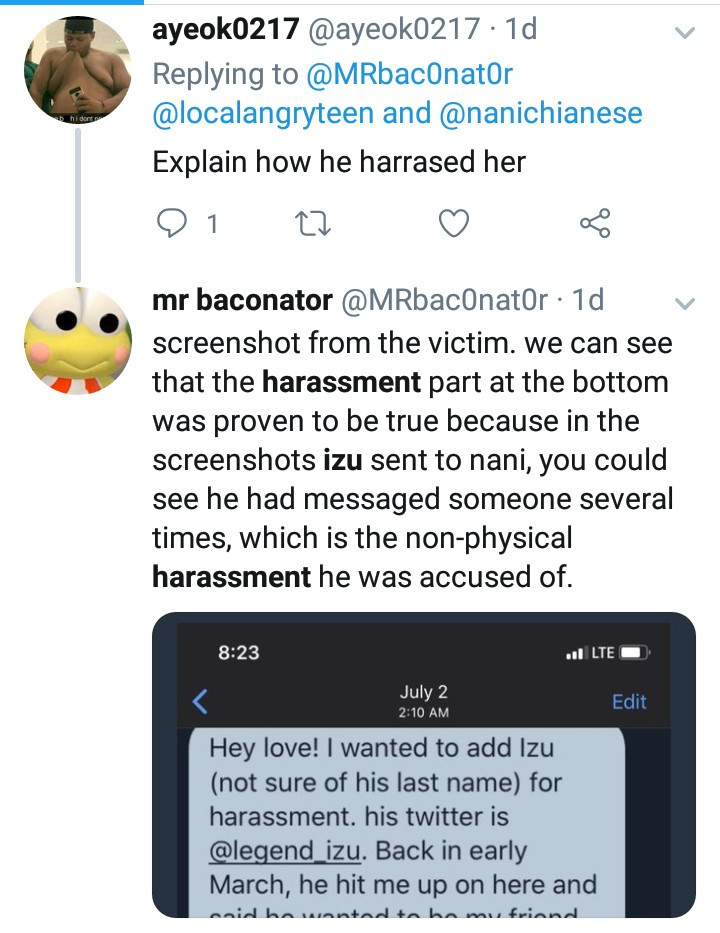