The thespian who narrated her ordeal in the latest edition of #WithChude, on Wednesday also talked about the social media rumors about her death. 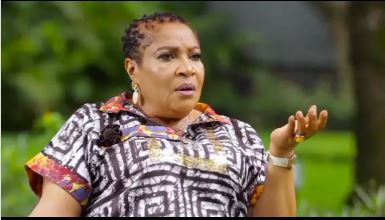 Ngozi Nwosu, a Nollywood actress, has opened up on her battle with kidney disease which she described as a devastating illness.

The thespian who narrated her ordeal in the latest edition of #WithChude, on Wednesday also talked about the social media rumors about her death that almost led her to depression.

Having thrived as an A-list celebrity for decades, Ngozi reveals that nothing prepares one for the kind of scrutiny celebrities are placed under by the public.

According to her, the experience of the false reporting which had claimed that she was battling leukemia, was similar to being “buried alive”.

“The price of being a celebrity is over-high,” she said. “If I didn’t handle it the way I did, it could have killed me. Even over two decades in the game doesn’t prepare you for that.”

Recounting one of the lowest moments of her battle with illness, Ngozi told host, Chude Jideonwo, “I fell and blanked out. When I regained consciousness I thought it was just one of those things. So I told myself to get up and walk, but I couldn’t. There I was looking at my phone. I couldn’t call for help. The generator was on, so nobody heard me. I asked myself, ‘Is this the end of the road?”

The conversation also went deeper into how she has chosen to live her life – leaning into vulnerability with her shoulders held high even in her darkest moments.

The things that Life throws at us. And the things we are able to survive and overcome. Wow. You could almost hear a pin drop on set as Ngozi Nwosu shared this moment last year that almost ended everything. I thank her for sharing so openly with me. [If you missed it yesterday, the extended play podcast is up on Wednesday at 10am on all podcast platforms. There will also be a repeat of the show on EbonyLife TV on Thursday at 7.30pm.] #WithChude #MindHeartSpirit #LetsBeHumanTogether