So Sad! UNIZIK Best Graduating Student Dies After Being Poisoned By Man She Turned Down (Photo) 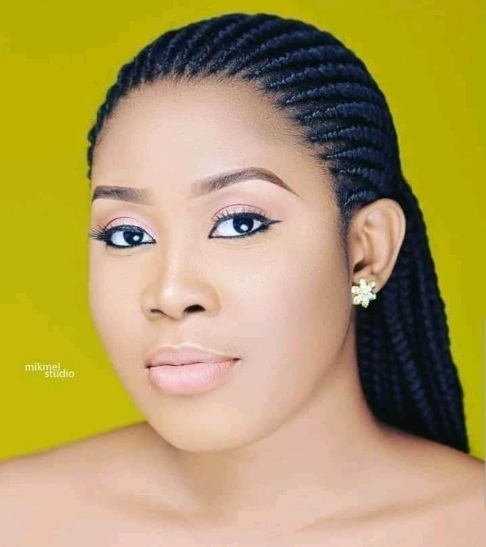 Chizuroke Egodi Onuorah
A promising woman, Chizuroke Egodi Onuorah who is said to be the best graduating student in the Environmental Management Department and second best graduating student of the Faculty of Environmental Sciences is dead.
It was gathered that she was posted to Oyo state for her NYSC, but unfortunately died before completing her youth service.
According to reports, Onuorah died after being allegedly poisoned by a man because she refused his love advances in Ibadan.
Details of the tragic incident was released in a leaked chat between her and a friend while she was sick.
In the chat, she revealed that she was poisoned by a man she said no to in Ibadan where was observing her mandatory one year NYSC program.
The friend she had the chat share screenshots of the chat where revealed the shocking details.
However, another Facebook user added that she died from "kidney related disease" after battling for months to stay alive. It is not clear if the kidney disease was as a result of the alleged poisoning.
Below are posts mourning the deceased. 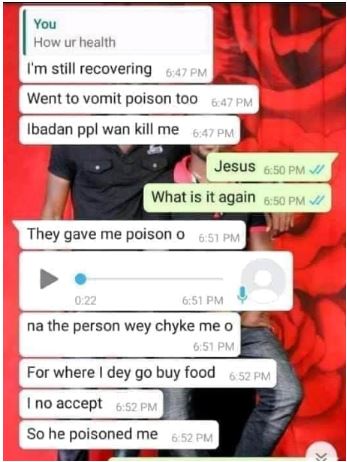 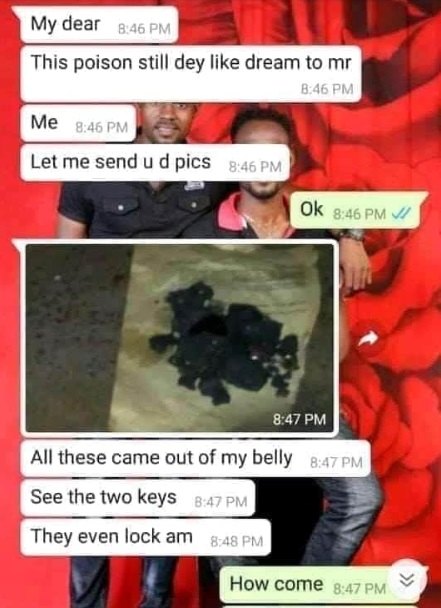 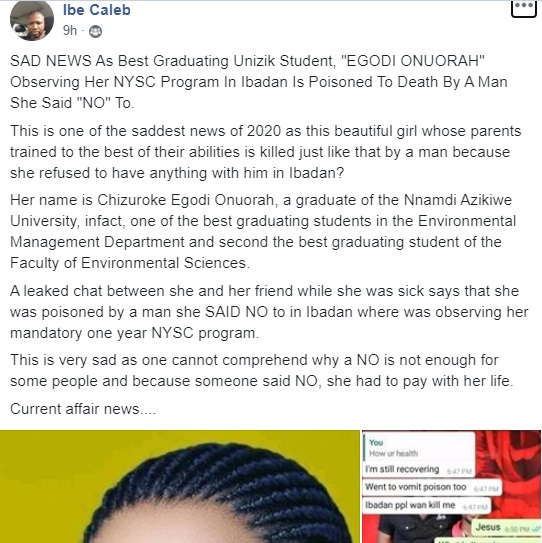 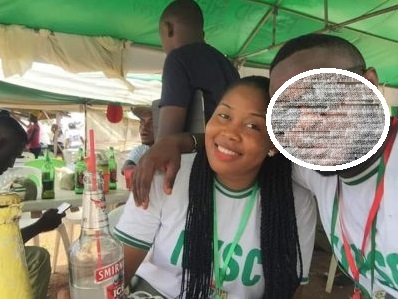 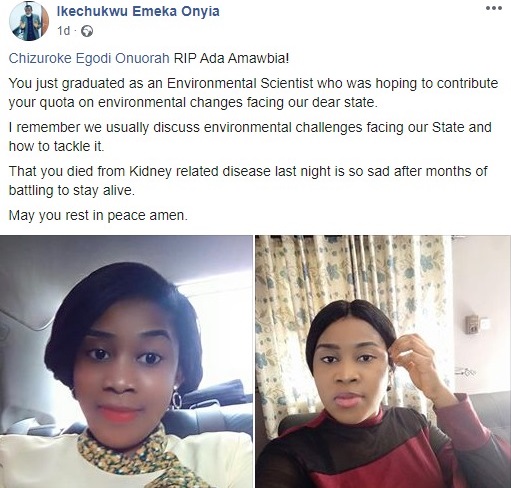