Too Sad! See What Nigerian Air Force Officer Did To His Wife Who's A Nursing Mother (Graphic Photos)


A Nigerian man who is a member of the Air Force has been called out abusing his wife, a nursing mother. 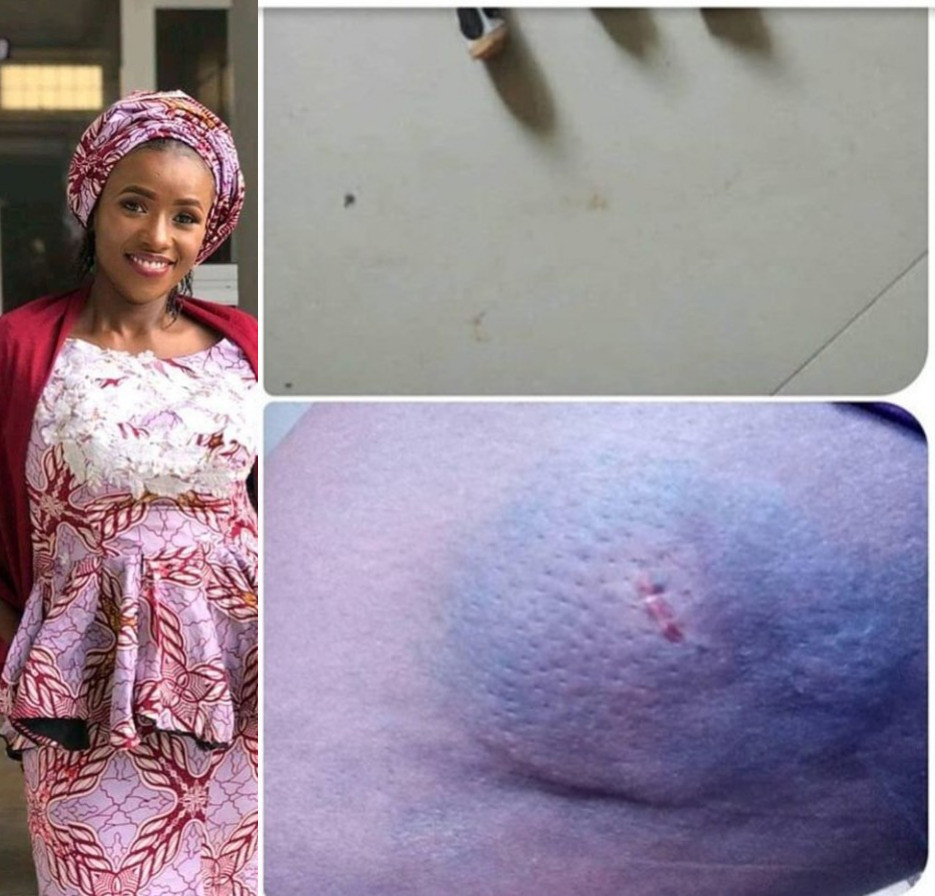 Olugbode Ibrahim called out for abusing his wife physically
An airman, ACM Olugbode Ibrahim has been accused of battering his wife who is a nursing mother.
He also allegedly inflicted injuries on her following a prolonged period of abuse.
Instagram user, Chibuisi Ojukwu accused ACM Olugbode Ibrahim of abusing his wife and he shared screenshots of messages to back his claims.
In the messages, the wife, Amina, is seen complaining about the injuries her husband inflicts on her. However, she stated that she can't leave because she doesn't have the means to take care of their kids.
A sister to the accused is also seen revealing in chats that her brother abuses his wife and their father mentioned the recent abuse to her.
Olugbode Ibrahim is a provost in the NAF base in Shasha, Lagos, and Chibuisi said he has reported him to "tons of personnel" but nothing has been done.
Chibuisi said he already had a conversation with Olugbode but he dared him to report him to the Chief of Defence Staff.
A photo shared by Chibuisi shows the battered wife with a bruised skin. The wife is breast feeding their last child, a three month old, but this hasn't stopped the abuse.
See screenshots shared by Chibuisi below as he accuses the airman of domestic violence: 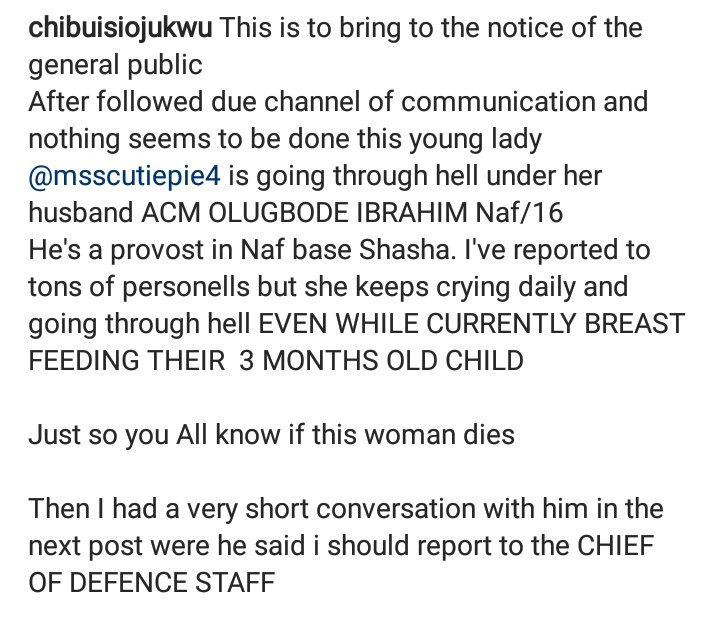 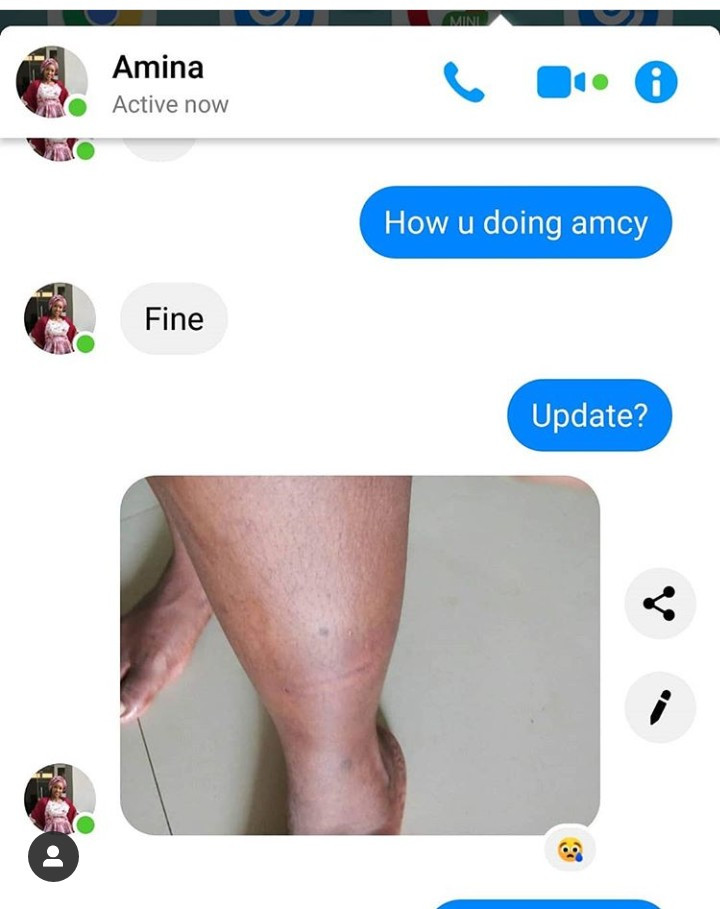 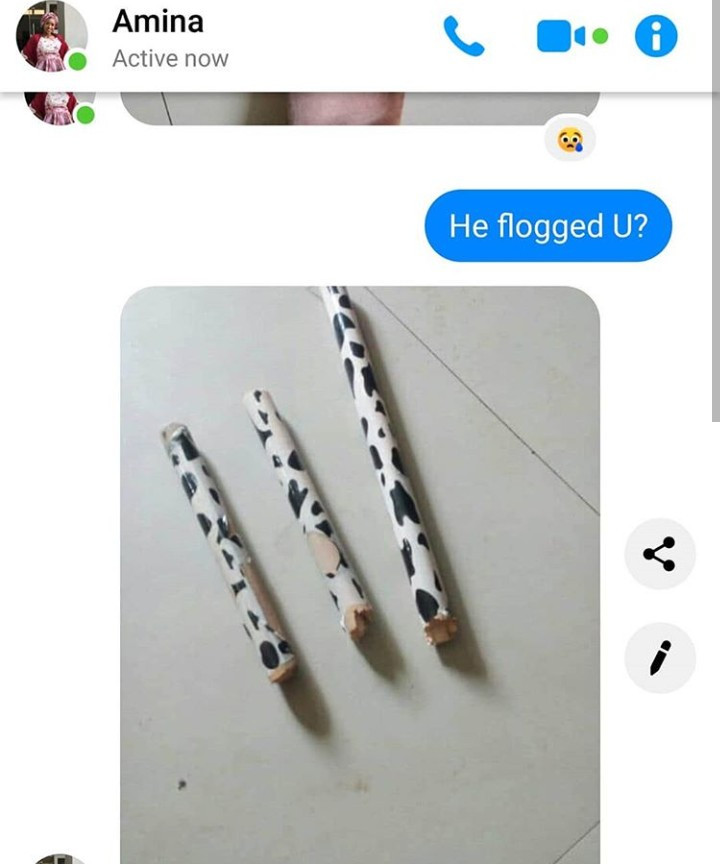 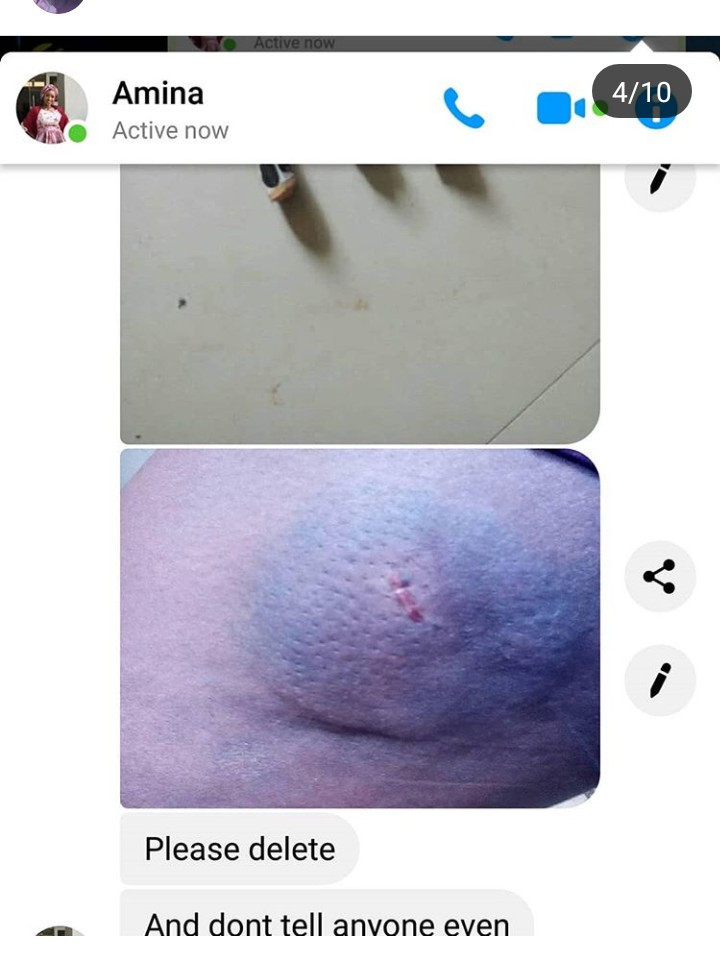 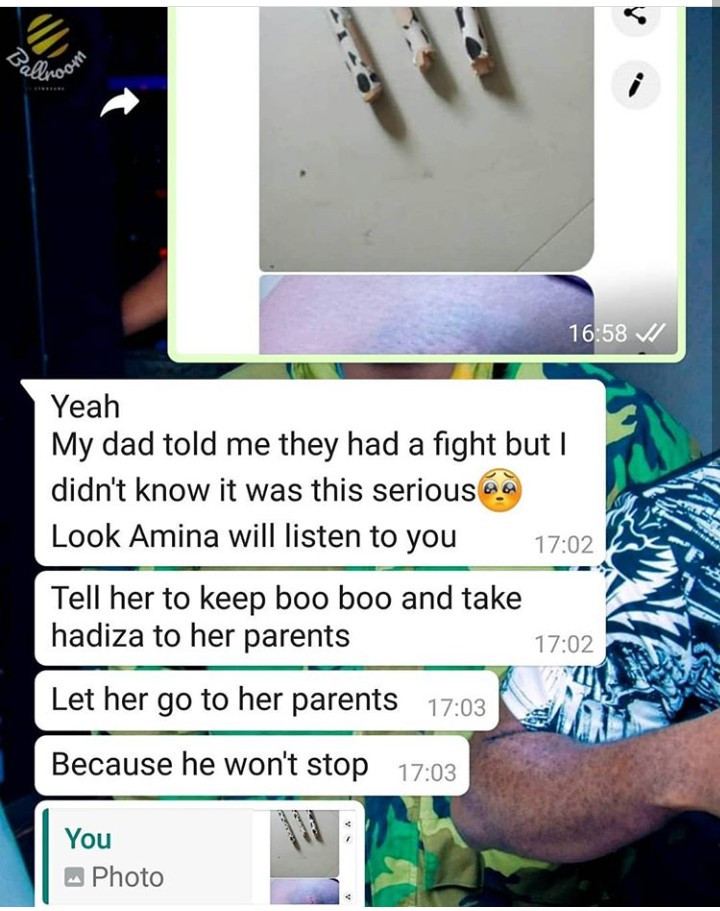 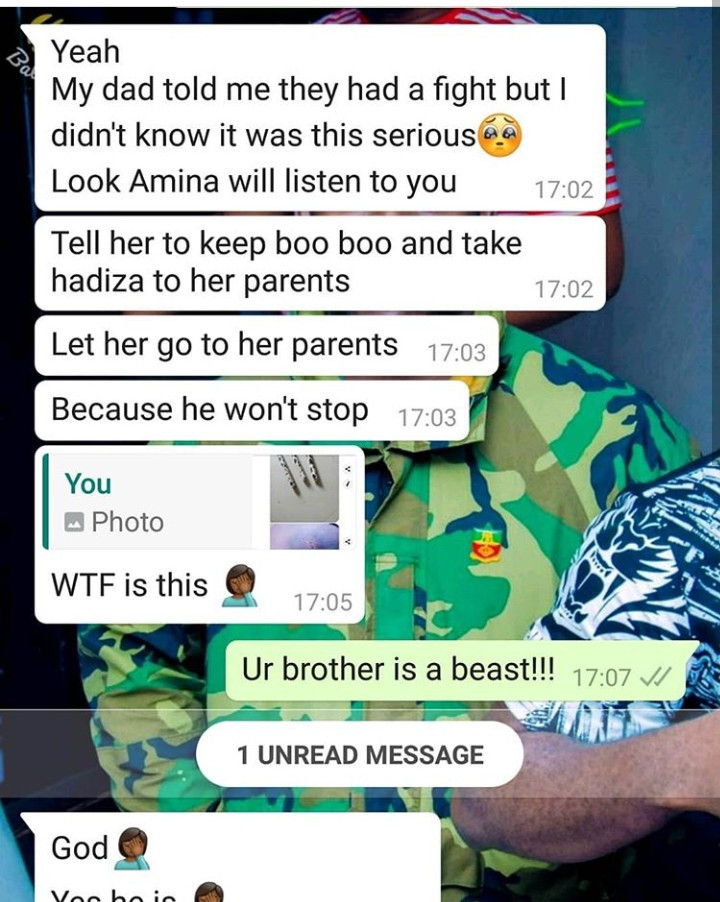 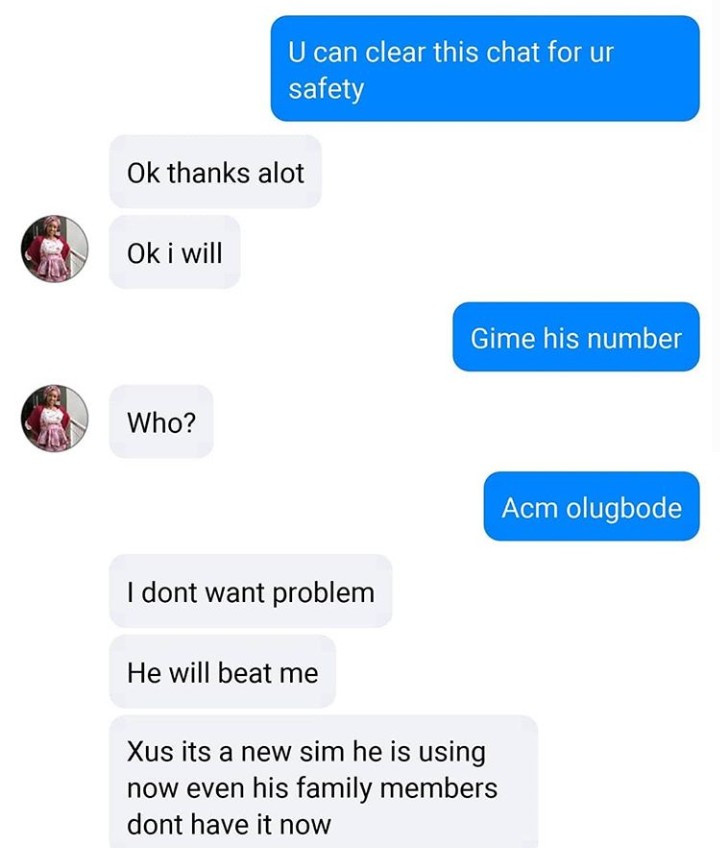 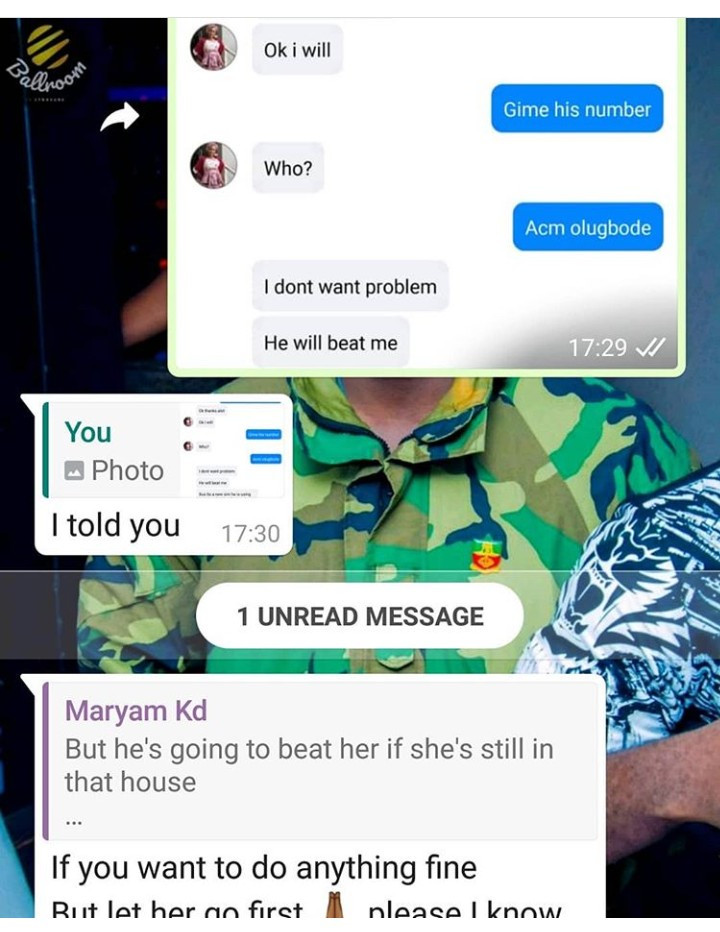 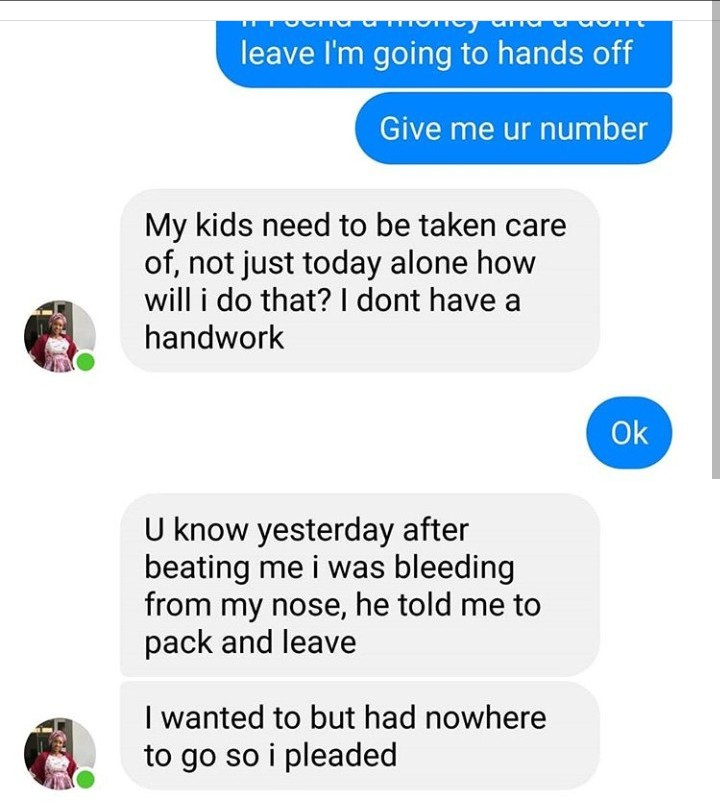