Two suspected armed robbers have been burnt to death by an angry mob in Imo state. 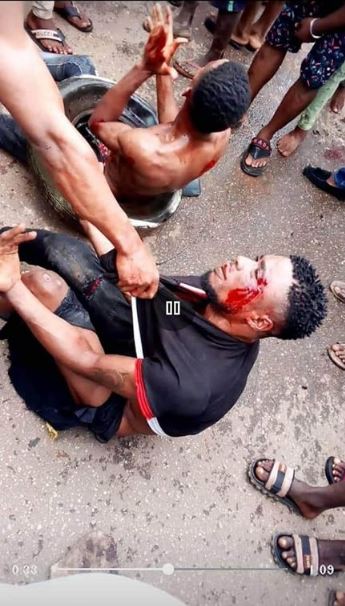 The armed robbers burnt to death in Imo state
An angry mob has burnt to death two unidentified young men on Tuesday, 21st July, 2020.
The tragic incident happened in Mbaise, Imo State. They were accused of stealing and burnt to death by a mob.
An eyewitness speaking on the incident on Wednesday said:
"Seriously, I’m really tired and bored of all these irritating thing happening in this Country.
In as much as crime should be frowned at, it’s still out of place to take laws into your hands.
Why not reach to the police and hand them over?
What exactly do you gain in participating in Jungle justice?
This is too extreme, we are in a civilized society,such a barbaric act should not be obtainable in this century.
If this guys should be burnt to death for minor robbery, what then should be done to our leaders at Federal and State Government that rub us everyday?
Even the ones reportedly to be arrested do not stay in custody for a week. Just check around and confirm what i’m saying.
Nigeria government why, is this the corruption you promise us?
As you are reading this, do you think JUNGLE JUSTICE is the best answer for such crime?"
See photos below: 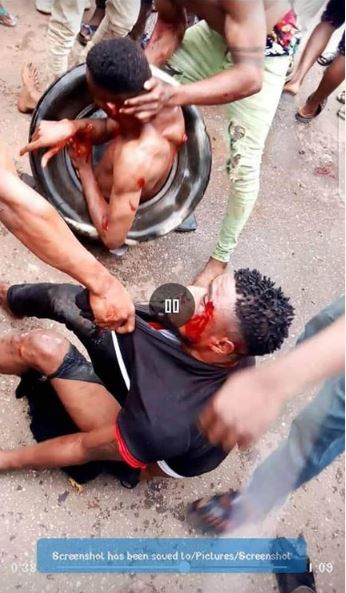 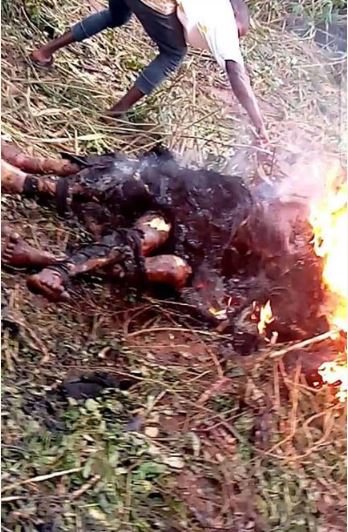