The 13-year-old actually aimed at making over N33 million but did not get enough people as he imagined. 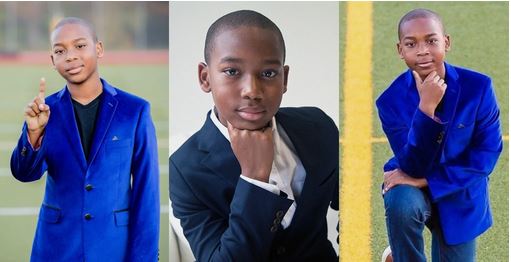 A 13-year-old genius Christon Jones, also known as The Truth, successfully made N6 million aside his business in stock market trading.

Christon ‘The Truth’ Jones, an investor and stock market prodigy, has been able to make the dollar equivalent of N6 million from just teaching adults how to trade in the stock market.

According to a report sighted on Blackbusiness.com, the 13-year-old actually aimed at making over N33 million but did not get enough people as he imagined.

Instead of the 200 people he planned to have in the stock market class, Christon was able to get only 36 which gave him the amount that is still eye-popping.

Speaking about his returns, The Truth mentions that although he did not meet his expectation, he is certainly proud of what he was able to achieve.

"It was not even half, but it was still something. My mother encourages me to never limit myself so I am proud I made an effort," he disclosed in an interview after the masterclass.

Christon started engaging in profit-making ventures at the age of eight after he published a book named 'The Win Within' and sold it door-to-door, making $5,000(N1,937,500).

Since then, he was fascinated by money-making opportunities which was why he ended up learning about and investing in the stock market.