How I Contracted COVID-19 From Eating With People - Osun Agency Boss, Owode Opens Up


Dr Isiaka Owode who recently survived the coronavirus, shares his experience in this interview. 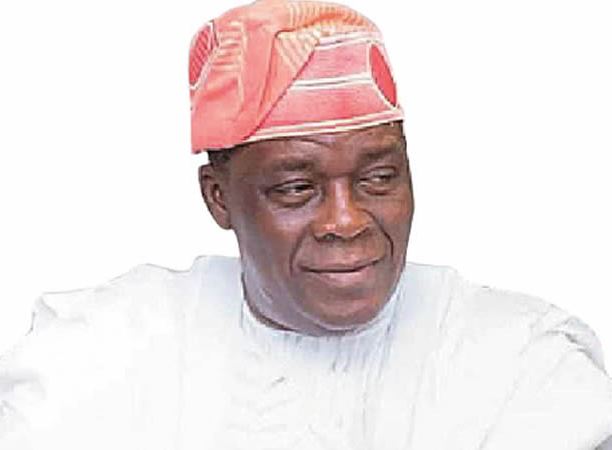 Dr Isiaka Owode is the Executive Chairman, Education Quality Assurance and Morality Enforcement Agency in Osun State. The 66-year-old, who recently survived the coronavirus, shares his experience with BOLA BAMIGBOLA

How does it feel being a COVID-19 survivor?

It is not a death sentence. That is one thing people should take away. Once all the symptoms are treated, you are back to yourself. I thank God. I’m out of the place (isolation centre) now. I thank the healthcare personnel. It started like a normal fever, body ache, cold, etc., and I was treated for fever. After three to four days, the symptoms persisted and it was getting worse, with severe difficulty breathing, which is a major symptom of COVID-19. By that time, I was invited to the isolation centre at Asubiaro, Osogbo. But before then, I had done the test, and on Saturday (July 11, 2020) morning, it came out positive. I thank God because I have got over it. The health officials were well-prepared for it. Everything needed at the intensive care unit was there — oxygen, complete medication, etc. They started with the administration of medication and I was placed on oxygen.

How many days did you spend at the isolation centre?

I spent four days there before I was told I was fit and well enough to go home and was also given some more medication. I would advise our people, especially the elderly ones and people with underlying health issues like diabetes, cancer, asthma and high blood pressure, not to be careless with their health. COVID-19 is not malaria. What it does, especially in the area of difficulty in breathing, malaria does not do that. Malaria only weakens the body, causes loss of appetite and others, but this one (COVID-19) targets the lungs. Gradually, the oxygen intake, which should be around 95 to 96, begins to reduce to 60 to 64. At that point, one begins to struggle to breathe. I didn’t know the state hospital, Asubiaro, was that well-equipped and the caregivers were fantastic. They showed due care and courtesy; they would encourage you to eat and take your drugs, which is crucial because the loss of appetite is another outcome of (COVID-19).

When did you first notice the signs that you may have been infected?

I think about 10 days ago (July 10), I was feeling weak and tired and, gradually, my breathing was becoming difficult but I had not been tested then. So, I thought it was malaria and we treated malaria. But the breathing wasn’t getting better. One of my personal doctor friends came in to have a look and gave me medication. The result was not out then, so we didn’t know whether it was COVID-19 or not. He started treating me and placed me on oxygen to relieve me of the breathing issue. After one night with his treatment, the result came and it (test result) was positive and the COVID-19 task force team said I must go to the isolation centre at Asubiaro.

What was your first reaction when you tested positive?

It is nothing to be scared about because we know that more people are being treated than those that die. That is a statistical fact all over the world. Unfortunately, in Nigeria, we have some notable deaths, like those of Abba Kyari, Abiola Ajimobi, Bayo Osinowo and others. But people are surviving the treatment, especially when you go early. Going for treatment is crucial once you feel unpleasant, especially in terms of breathing. Fortunately, the Osun facility turned out to be great. Everything was ready and they commenced treatment immediately.

How did you get infected?

I wish I knew. Everyone at the club I attend knew I was notorious for being fanatical about everyone wearing face masks and observing social distancing, especially during the lockdown. I didn’t go out. But there are many carriers who don’t show symptoms and that is why we are urged to wear a face mask. There is nowhere you go that people will not talk. Once they talk, there is no way fluids won’t come out, though it may not be noticeable. But if you are too close that it lands on you, it becomes a problem. It’s very difficult to pinpoint the source of the infection but I think it’s largely from eating with people and not wearing a face mask or observing social distancing.

How did your immediate family react when you tested positive?

They knew it wasn’t a death sentence. The awareness was there already. People knew notable names had been infected and survived it. I think it’s only in very rare cases of morbidity where patients have underlying health issues previously that could result in complications. My family members were with me as much as possible and were also taking care of themselves.

Can you describe the most fearful feeling you had during your battle with the virus?

The whole fear obviously is about dying. It would be at the back of one’s mind that death was the possible consequence. People have died as a result of it and they went in like that too and some complications may set in. Obviously, dying was one of the worries. But you develop a strong feeling and believe in yourself, put that (fear) behind and take your medications. I think the world is lucky that though there is no confirmed vaccine for the virus, at least, the treatment is working so far. My family prayed and I was praying as well. I think after two days, people noticed I was out of danger, my breathing stabilised and oxygen level was normal and good enough. But the fear of dying was there. I thank God, now, I am back to life.

Some survivors said they took chloroquine as part of the medications. Did you also take it?

I wouldn’t know the specific drugs (I took). I was taking up to six or seven different drugs. I understand they are largely immune boosters but I don’t know. It is likely chloroquine would have been one of them because it is one of the most largely advertised of the medication.

What experience did you take home from the isolation centre?

The place is comfortable enough as far as a hospital is concerned. It is comfortable for the job they do there and the caregivers are very helpful. They show you love, encourage you to take your drugs, eat your food and assure you that things will get better. One thing older people should be concerned about is not having a serious underlying medical issue which is not under control. For instance, for a person who has diabetes that is not under control, that would decrease immunity seriously and the virus would have its way. But if one does not have any issue, then most likely, the person would respond to treatment. The elderly should stay at home if there’s no reason to be out. Avoid any congregation or party for now. Avoid large gatherings, whether in the church, mosque or anywhere. And if you have to be out, wear a face mask. Some say it is not convenient, but you just have to use it, observe social distancing and avoid unnecessary gatherings until there is a vaccine for COVID-19. It is not malaria.

How have your friends and colleagues been relating with you since you returned from the centre?

They’ve been rejoicing with me.  Everybody had the fear of any possible consequence, especially when we had some big names that were victims. When someone is announced positive, some sorts of thoughts go to people’s mind. But when you come out, they become happy. I’ve received some calls and congratulations, especially on Facebook. I thank them and I thank my family. Life goes on, I’m fully back. In another two days, I’ll be back to my normal life and club. It (COVID-19 infection) is not a death sentence but people should not joke with it and say it is malaria.