It has been made public that alleged Nigerian fraudster, Hushpuppi has three kids from different women. 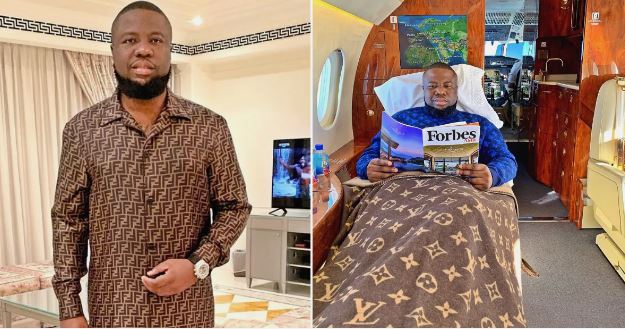 Ramon Olorunwa Abbas aka Hushpuppi
The personal life of suspected internet fraudster, Ramon Olorunwa Abbas popularly known as Ray Hushpuppi has been made public amid ongoing fraud case in the United States of America (USA).
It has been revealed that Hushpuppi, popularly known for showing off his luxury lifestyle on photo-sharing app, Instagram has three kids from different women.
According to Premium Times, the Nigerian man who has been based in Dubai for some years revealed to Pretrial Services that he has two kids who live in London and a third one that resides in New York City.
Pretrial Services Programs are procedures in the US to prepare cases for trial in court.
Hushpuppi also disclosed that the three kids he has are all from three different women. The individual added that in the past five years he has been in an unsteady relationship with the mother of his last child.
Recall that some weeks ago the prime minister of St. Kitts and Nevis came out to dismiss speculations that Hushpuppi who is facing a fraud-related case gained St Kitts citizenship by virtue of investing.
The PM, however, revealed that the Nigerian man got married to a citizen of the country identified as Nawana Nakesia Chapman. He said Hushpuppi got his citizenship of the country by virtue of his marriage to the lady.
Still in a related Hushpuppi story, Legit.ng previously reported that the alleged fraudster’s lawyer, Gal Pissetzky, maintained that his client is innocent of fraud charges.
The legal expert also noted that Huhspuppi gained his wealth by the virtue of businesses like real estate and brand promotion.
He added that Hushpuppi has not in any way involved himself in scamming activities as believed by many.

The goal is to be valuable, once you’re valuable instead of chasing money, you will attract it #Fendi #Hermes #Hublot #Versace #Dubai