'My Sonshine' - Nina Shares Adorable New Photo Of Her Son


Nigerian reality star, Nina Ivy has shared with her fans a photo of her baby boy. 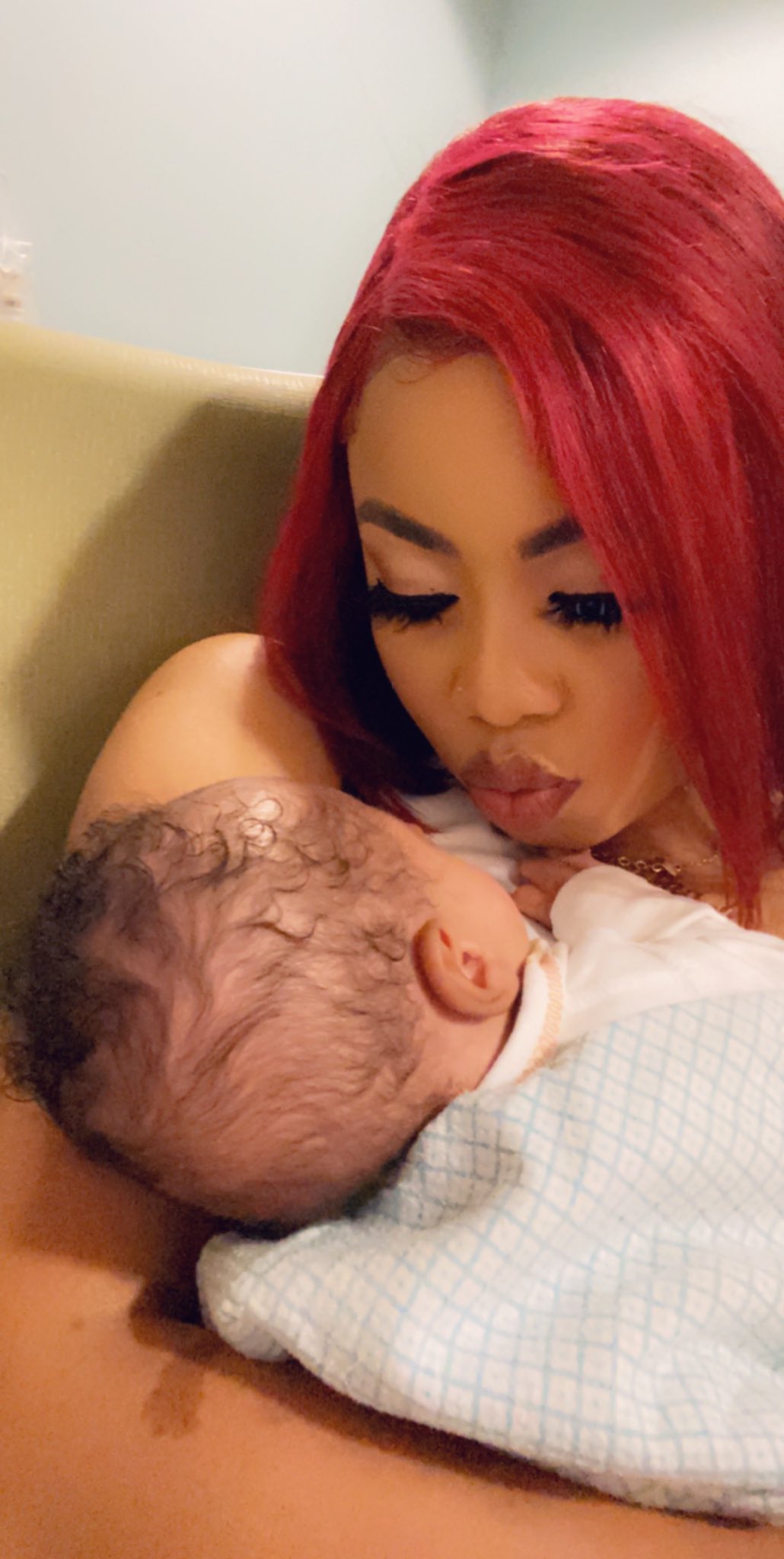 Nina and her baby
Former Big Brother Naija housemate, Nina Chinonso Onyenobi also known as Nina, has given fans a glimpse of her son, Denzel Kelly.
The new mum who welcomed her first child with her husband, Tony, in the U.S. two weeks ago, took to Twitter to share an adorable photo of her cuddling the new born.
She wrote; “My sonshine …I’m so lucky to have you“.
It could be recalled that 24-year-old Nina who was a contestant in the 2018 ‘Double Wahala’ season of BBNaija, announced her pregnancy with a video debuting her baby bump four months ago.
Nina and her husband got married earlier in the year in a very private wedding ceremony, and she has since relocated to the U.S to be with him.

My sonshine ...
I’m so lucky to have you pic.twitter.com/XMUEu0X0Gx