A photo is currently making rounds on social media showing family members taking photos with a dead man in a standing position. 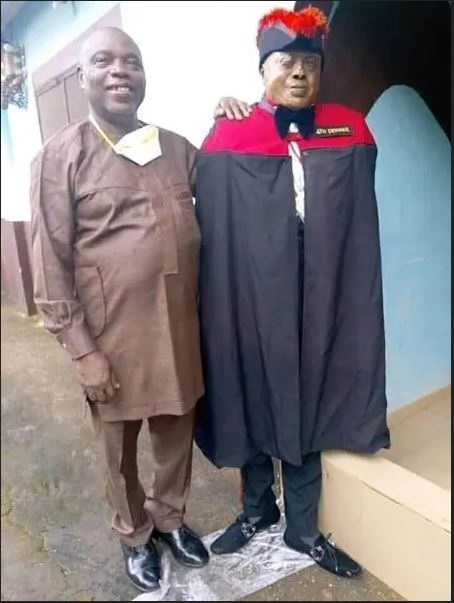 Photos showing a dead man standing while members of his family take pictures with him is fast going viral on social media.

According to reports, the dead man had allegedly been in the mortuary for about four months before his burial where he was dressed as a knight while members of his family took pictures with his body placed in a standing position.

The deceased according to reports was Dr Luke Nkanele who was a member of the Knight of St Mulumba.

We are unable to verify the part of the world this happened as at the time of this publication.

The bizzare act has got several talking on social media.