How I Saved A Stranded Female Traveller Who Was Almost Raped By Hoodlums -Rapper, Ruggedman


Nigerian Rapper, Ruggedman took to Twitter to reveal how he helped a lady who almost got sexually abused by thugs. 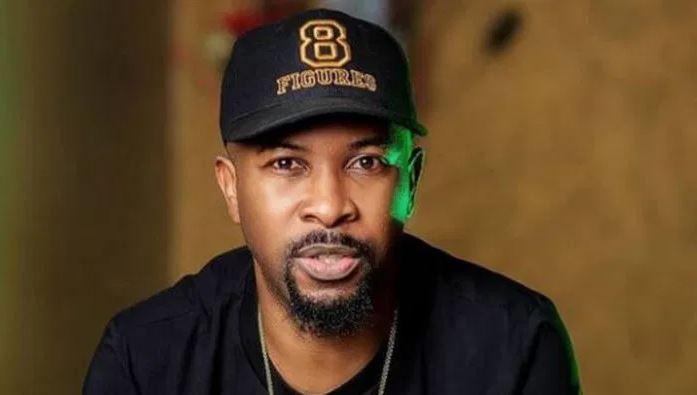 Nigerian veteran rapper, Ruggedman has recounted how he saved a stranded female traveller who was almost raped by hoodlums dragging her into a dark area.

He revealed that the lady who was beaten by the men arrived Nigeria from Ghana two days ago, after a misunderstanding with her sister.

According to her, she lost her things, and had to sleep on the road on Saturday night before the hoodlums who saw her attempted to rape her.

"Last night was another experience. Sat up to female screaming. Looked out the window & saw a girl being assaulted on the other side of the express by 3 guys. They were trying to drag her into a dark area. My guard & the street security chased them off.

Her movement was laboured & really slow. We were able to convince her to cross over to our side. She groaned with every step. The boys really beat her. Talking to her, I got to know she came into Nigeria from Ghana two days ago after a misunderstanding with her sister.

She said she lost her things, money and had to sleep on the road Saturday night. The area boys saw her the night before & tried to rape her Sunday night, being her 2nd night on the road. Her granny lives in Rivers state. I took her into my street, gave her something to eat.

Put her in a safer place to sleep & called Ogudu @PoliceNG station Dpo Celestina Nwankwo. After briefing her, we agreed that I'll take her to the station today, Monday morning. Took her to the station this morning & officer Tina after asking some questions.

She said she can make her way to Rivers state. She was sent to the clinic for treatment. We agreed on helping her get to Rivers & by the time I left the station, she had eaten and was taking a bath. Thank u officer Celestina Nwankwo. I just realised I didnt ask the girl her name". 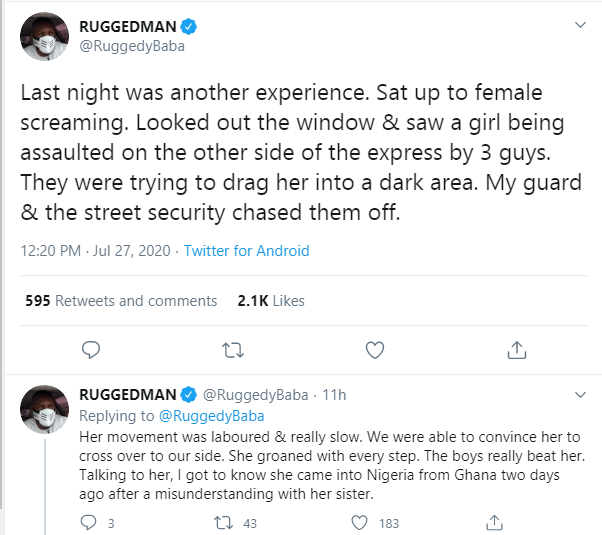