Shocking! See What Was Forgotten Inside The Body Of A New Mum Whose Stitches Refused To Heal 8 Months After Delivery (Photo)


A new mother has posted on social media what doctors forgot inside her body 8 months after her stitches refused to heal. 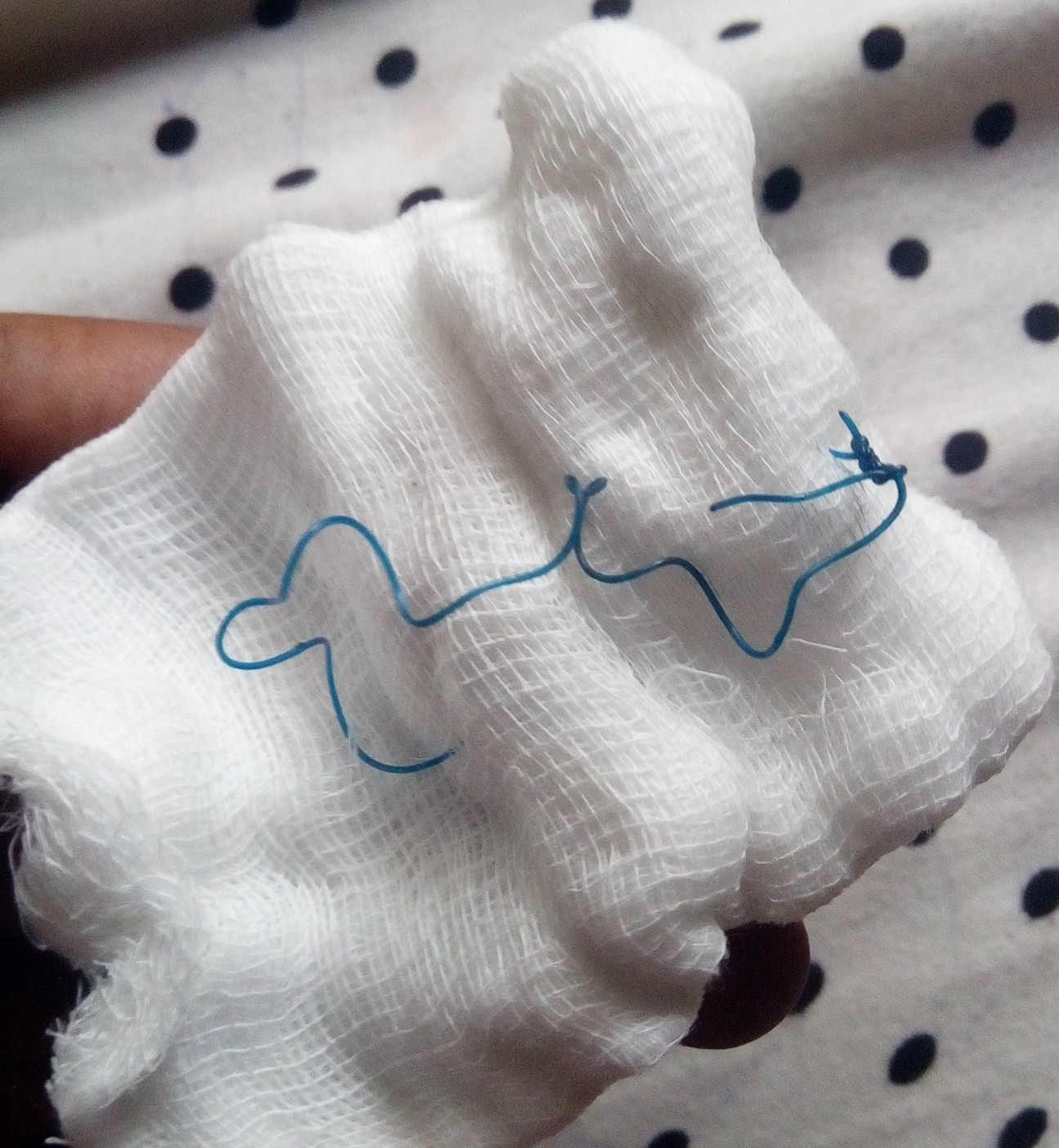 Dressing wound cotton forgotten in a woman's body after delivery
A new mum whose stitches refused to heal for 8 months after childbirth has revealed what was found in her body when she was referred to another doctor.
The mum said that for 8 months, she was dressing her wounds but it refused to heal. She explained that her doctor didn't take it seriously and kept telling her that it will heal eventually.
She was later referred to another doctor who then told her that something must be in there. She said surgery was scheduled and something that looks like a wire was found in her body.
See below.: 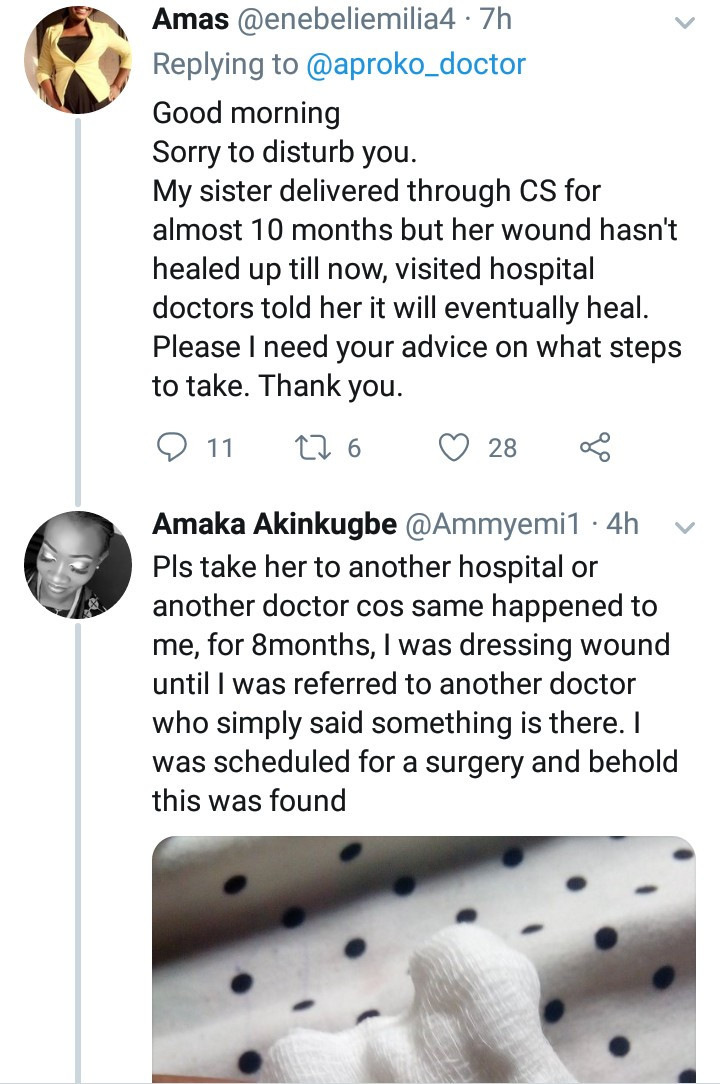