Two top politicians in China have paid with their lives after being found guilty of taking bribe. 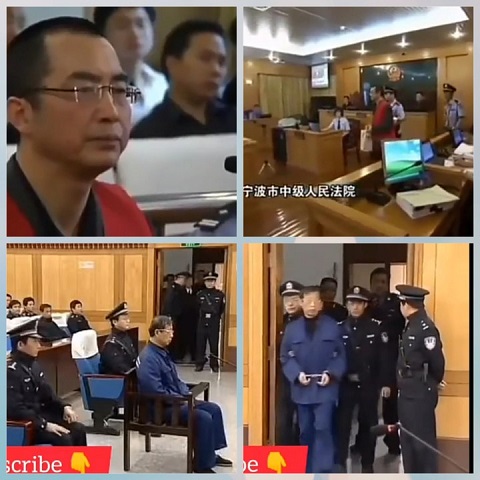 Chinese officials executed for taking bribe
Two former vice-mayors have been executed in China for taking bribe, South China Morning Post has reported
They were executed yesterday for corruption. It is believed the measure was taken by Beijing to show it is being tough on graft, which Communisty Party General Secretary Hu Jintao has called one of the four dangers facing the party.
At a press conference, court spokesman Sun Jungong, said, 'The two cases both happened in affluent areas. The criminals were both government leaders in charge of urban construction work, and their major crimes were related to land use and construction.'
After his crimes were revealed, Xu Maiyong, former vice-mayor of Hangzhou in Zhejiang province, was dubbed Xu Sanduo - meaning to have plenty of three things - for owning lots of money, property and women. From May 1995 to April 2009, he not only took more than 145 million yuan in bribes but embezzled 54 million yuan from a state-owned property developing company and returned more than 71 million yuan in land-transfer fees to his bribers, the court said.
Jiang Renjie, former vice-mayor of Suzhou, Jiangsu province, took 108 million yuan in bribes for making it easy for five property developers to buy land, and for related issues, from May 2001 to 2004.
Sun called the two cases 'typical' economic crimes being committed by cadres as urbanisation accelerates.
Courts at all levels tried about 67,500 corruption cases involving government employees and passed judgments on 69,000 people from 2008 to last year, as the central leadership reiterated its determination to crack down on corruption.
'A common phenomenon is that many [cadres] are taking bribes by means of getting spreads from transactions, stock bonuses, profits from investment, remuneration of labour, and so on. This has made our investigations and judgment more difficult,' Sun said.
In Jiang's case, a real estate developer established an investment company in partnership with Jiang's son in 2003 after the former vice-mayor helped the developer earn 170 million yuan by trading ownership of a piece of land in Suzhou. Jiang was offered half of the profits and took the money through the company.
Born in 1948, he became vice-mayor of Suzhou in 2001.
Xu, born in 1959, started his official career in 1984 and became vice-mayor of Hangzhou in 2008.
State television reported that he indirectly asked for real estate developers for pieces of property several times by telling them he faced heavy financial burdens, as his two younger brothers were both blind and his son was studying abroad.
Watch video:
Top Stories