Buhari Was Shocked That Oshiomhole Disqualified Me From APC Primary - Obaseki 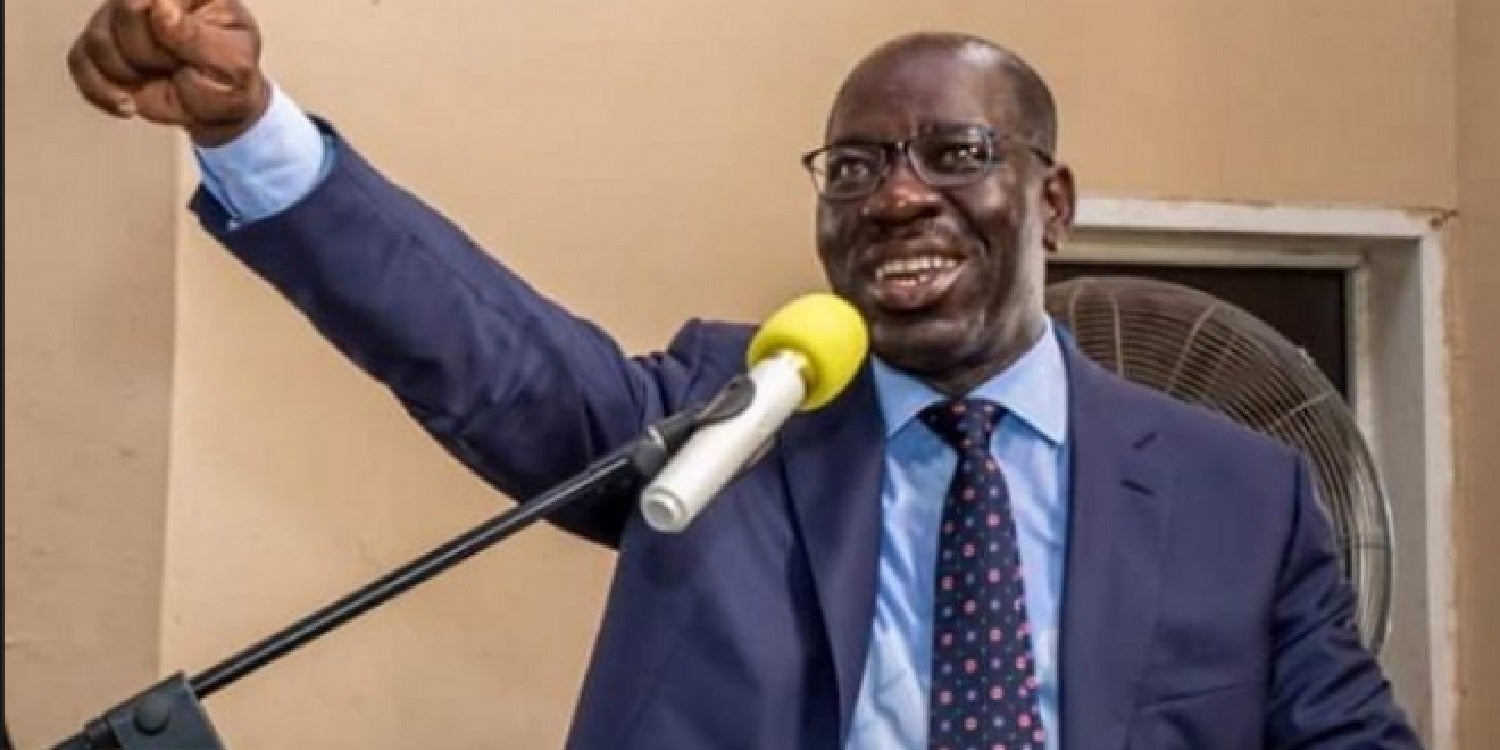 Governor Godwin Obaseki
Edo state governor, Godwin Obaseki has revealed how President Muhammadu Buhari and lots of stakeholders in the All Progressives Congress (APC) reacted after Comrade Adams Oshiomhole, the former National Chairman masterminded his disqualification from the party’s primaries.
Obaseki said Buhari was shocked.
Obaseki met with the President after his disqualification and later defected to the Peoples Democratic Party (PDP) few days after. He has emerged the party’s candidate for the September 19 governorship election.
When asked what the President’s reaction was during their meeting, the governor said the President was shocked as he never believed Oshiomhole could go to that extent.
Obaseki said that his unjust disqualification led to the dissolution of the Oshiomhole-led National Working Committee (NWC).
“I think for me everybody was shocked and even the president don’t know they would do that. The President did not believe Oshiomole would do that”.
“The President is not a man that talks much but expects everybody to be reasonable. Every time I have interaction with him, he says people should do their work. So, I am not sure he believes that they would have got to that extent. I am not surprised, therefore, that after I left those reactions followed”.
Also speaking on his relationship with Asiwaju Bola Tinubu, the party’s National Leader, Obaseki said “He is our father. We owe so much to him. I believe when you have a father that has done so well and helped propagate a new system, you should really pull back and sit back and see what he has created naturally. So, my relationship with him is not different from what it had been severally”.
Top Stories